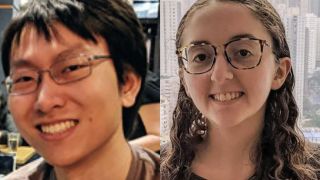 In the past few weeks, Caroline Ellison has been slowly disappearing from the Internet. Her LinkedIn profile, contact details and any images have all but disappeared from the online world. She last tweeted from @carolinecapital in early November.

Why? An insurance policy, or so it would seem. She, along with FTX co-founder Gary Wang, just pleaded guilty to fraud in what is being considered crypto’s biggest downfall to date.

So what do we know about the 28-year-old CEO of cryptocurrency hedge fund Alameda Research, Ellison and the 29-year old co-founder of FTX Wang?

Here’s everything we know so far.

The sister firm, Alameda, traded heavily on FTX and is said to have profited while other customers lost money. When FTX developed the crypto token FTT, Alameda bought and sold it.

The plea comes a week after Bankman-Fried was arrested on eight charges including wire fraud and conspiracy to defraud the US.

The complaints were originally brought forwards by two federal regulatory agencies, the Securities and Exchange Commission and the Commodity Futures Trading Commission. They have now filed additional civil fraud charges against Ellison and Wang.

In the meantime, Bankman-Fried has been extradited back to the US from the Bahamas, where FTX was based. He could face up to 115 years in jail.

So who exactly are Caroline Ellison and Gary Wang?

At this moment in time, no one is really sure who the shadowy figures behind the FTX scandal truly are.

With Ellison, the general consensus is she’s a hyper intelligent maths whizz, born in Boston to her mother Sara, a senior lecturer in economics at Massachusetts Institute of Technology (MIT), and her father Glenn, the department head of economics at MIT.

While studying at Newton North High School, she won the Maths Prize for Girls. She then proceeded to study the subject at Stanford University.

Ellison had a special interest in effective altruism - a philosophical and social movement that advocates finding the best way to help others and ultimately putting that solution into practice. She even joined Stanford's Effective Altruism Club.

And it was this niche interest that meant when she started working for trading firm Jane Street, she connected with colleague Bankman-Fried.

In 2018, Bankman-Fried and Wang launched FTX and onboarded Ellison among some other close friends. They shipped business to Hong Kong, all living and working together. In these early stages, Ellison was the only woman involved in the project.

As FTX started to snowball, Ellison largely remained behind the scenes. She became CEO of Alameda in April this year.

One slightly unnerving element of this entire story is the living-working together situation. Like a cult, 10 of the employees lived and worked together in the Bahamas. Everyone was coupled off, presumably to save on rent, and CoinDesk reported Ellison and Bankman-Fried were in an on-off relationship. The housemates all shared the same therapist, too.

Ellison and Wang’s plea agreements were filed with the Southern District of New York on December 18.