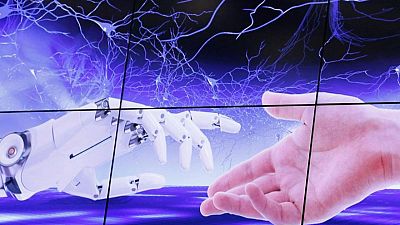 – The use of artificial intelligence (AI) in emerging technologies continues to advance rapidly. San Francisco-based OpenAI made its latest creation, the ChatGPT chatbot, available for free public testing on Nov. 30. A chatbot is a software application designed to mimic human-like conversation based on user prompts.

Within a week of ChatGPT being unveiled, over a million users had tried to make the tool talk, according to Sam Altman, co-founder and CEO of OpenAI.

OpenAI, a research and development firm, was founded as a nonprofit in 2015 by Silicon Valley investor Sam Altman and billionaire Elon Musk and attracted funding from several others, including venture capitalist Peter Thiel. In 2019, the group created a related for-profit entity to take in outside investment.

Musk, who remains engulfed in his overhaul of social networking firm Twitter, left OpenAI’s board in 2018, but chimed in with his take on the viral phenomenon, calling it “scary good”.

Musk later tweeted that he was pausing OpenAI’s access to Twitter’s database after learning that the firm was using it to “train” the tool.

Initial development involved human AI trainers providing the model with conversations in which they played both sides – the user and an AI assistant. The version of the bot available for public testing attempts to understand questions posed by users and responds with in-depth answers resembling human-written text in a conversational format.

A tool like ChatGPT could be used in real-world applications such as digital marketing, online content creation, answering customer service queries or as some users have found, even to help debug code.

The bot can respond to a large range of questions while imitating human speaking styles.

As with many AI-driven innovations, ChatGPT does not come without misgivings. OpenAI has acknowledged the tool’s tendency to respond with “plausible-sounding but incorrect or nonsensical answers”, an issue it considers challenging to fix.

AI technology can also perpetuate societal biases like those around race, gender and culture. Tech giants including Alphabet Inc’s Google and Amazon.com have previously acknowledged that some of their projects that experimented with AI were “ethically dicey” and had limitations. At several companies, humans had to step in and fix AI havoc.

Despite these concerns, AI research remains attractive. Venture capital investment in AI development and operations companies rose last year to nearly $13 billion, and $6 billion had poured in through October this year, according to data from PitchBook, a Seattle company tracking financings.