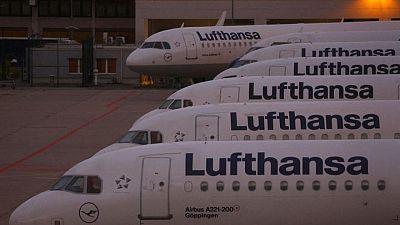 BERLIN -Lufthansa is still interested in buying into state-controlled Italian carrier ITA Airways, a spokesman said on Friday, despite reports that its original partner in the mooted deal had pulled out.

The spokesman declined to comment on reports that it had entered ITA‘s so-called data room to review the financial status of the company.

However, the exclusivity period expired in October with no deal reached, re-opening the door on a rival bid presented by Lufthansa and Italian shipping group MSC for the chance to buy control of Alitalia’s successor.

Complicating the situation, a senior MSC executive, Pierfrancesco Vago, told investors in Doha last week that MSC was no longer interested in ITA Airways, according to Swiss magazine Travel Inside.

MSC did not reply to a request for a comment.

Italy’s Corriere della Sera reported on Friday that the Treasury had given Lufthansa access to ITA‘s financial data, as Rome looks to sell a majotity stake in the company. The newspaper added that MSC did not enter the data room.

There was no immediate response to a request for a comment from the Treasury.

Certares had no contact with ITA Airways and Italy’s Treasury since the end of October, a source close to the matter said.

(Reporting by Klaus Lauer in Berlin and Elisa Anzolin in Milan)