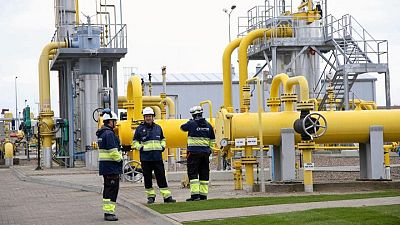 <div> <p><span class="caps">OSLO</span> – The new Baltic Pipe pipeline between Norway and Poland on Tuesday received its first direct deliveries of Norwegian gas after a Danish terminal started operations following delays, Denmark’s gas system operator Energinet said.</p> <p>The pipeline connecting Norway to Poland opened on Oct. 1. Delays to completing the receiving terminal in Nybro in Denmark had however initially seen the pipe filled with gas via Germany instead.</p> <p>“The Baltic Pipe project on Tuesday … reached an important milestone,” Energinet said in a statement. “Norwegian gas now enters the new Baltic Pipe gas pipeline and can be sent on to Poland via the Danish gas system.”</p> <p>The Nybro terminal will initially operate at half capacity. </p> <p>Energinet said full commissioning of the pipe, which has a capacity of up to 10 billion cubic metres of gas per year, was planned for the end of November.</p> <p>Baltic Pipe is a joint project between Energinet and Poland’s Gaz-System and is central to Polish efforts to diversify away from Russian gas.</p> <p>Norway’s Equinor has signed several Baltic Pipe supply deals, including with Denmark’s Orsted and Poland’s PGNiG.</p> <p/> </div>