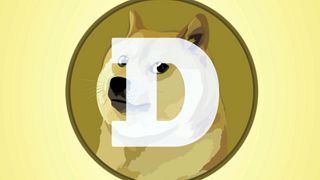 For months, Dogecoin - the payment system initially created as a joke by software engineers Billy Markus and Jackson Palmer as an alternative to traditional cryptocurrencies - has been in a steady decline, trading low on the market.

But on Wednesday, the price of the meme coin all of a sudden went up, recovering nearly 16 per cent in value overnight and 25 per cent week on week. It also broke above its declining trend line at $0.089 (€0.089) showing bearish demand for the meme coin.

The Shiba Inu-themed crypto has now reached a market cap of around $9 billion (€8.9 billion). But why the sudden change?

The temporary comeback of Dogecoin - which is far from being a definite revival - is somehow linked to Elon Musk’s takeover of Twitter, as the deadline for his purchase of the company approaches on Friday.

Musk has been one of the most visible and vocal supporters of Dogecoin, often influencing its price with his tweets. The Tesla CEO - a lover of memes and a meme-maker himself - shared a tweet in 2020 hailing the inevitable rise of the altcoin.

But Musk did more than just tweeting about it. In a significant endorsement of the cryptocurrency, Musk made Dogecoin a payment option on his Tesla merchandise store.

So, the dream now, for those who have invested in it, is that Musk might make the meme coin a payment option on Twitter, possibly after he turns the platform into a WeChat-style super app which people will use for making payments, among other things.

Despite Dogecoin’s price increase on Thursday, the enthusiasm of the meme coin’s investors might be a little too hasty - if not misplaced.

In the lead-up to Musk taking over Twitter on Friday, the eccentric billionaire has changed his bio on the platform to “Chief Twit” and shared a video of himself walking into the app’s headquarters holding a sink, with a caption reading: “let that sink in”.

But in no way has Musk mentioned Dogecoin, which suggests that the cryptocurrency becoming a payment option on Twitter might only be a pipedream for now. The meme machine, on the other hand, is already in full force.