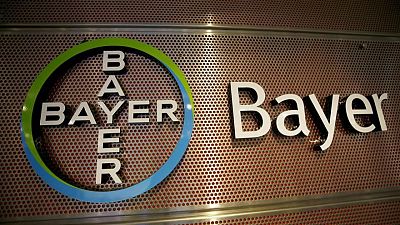 FRANKFURT – Germany’s Bayer said on Friday it plans to legally challenge a jury verdict awarding $275 million to a group of people claiming they suffered from exposure to PCB, a chemical that Bayer’s Monsanto business produced until 1977.

Bloomberg and other media outlets on Thursday reported the verdict before the King County Superior Court in the U.S. state of Washington in favour of 13 plaintiffs who blame their illnesses on exposure to polychlorinated biphenyls, or PCBs, at the Sky Valley School in Monroe County.

“We respectfully disagree with the divided jury verdict reached in this 13-plaintiff case and plan to pursue post-trial motions and appeals based on multiple errors and the lack of proof at trial,” Germany’s Bayer said in a statement.

“The undisputed evidence in this case does not support the conclusions that plaintiffs were exposed to unsafe levels of PCBs at the Sky Valley Education Center or that these exposures are responsible for their alleged health issues” it added.

While Monsanto’s weedkiller Roundup has been a far larger litigation burden for Bayer, the diversified healthcare and agriculture company has also been trying to resolve lawsuits related to PCBs. The chemical was used in commercial products until Monsanto voluntarily ended production in 1977.

Bayer has since 2020 resolved a majority of cases in litigation with municipalities over waste water contaminated with PCB for $650 million but several other claims remained pending.

In August, it set aside 694 million euros for an expected settlement with the State of Oregon over PCB in waste water.

The group of substances was once used in electrical equipment, carbonless copy paper, caulking, floor finish and paint. It was outlawed by the U.S. government in 1979 after being linked to cancer.