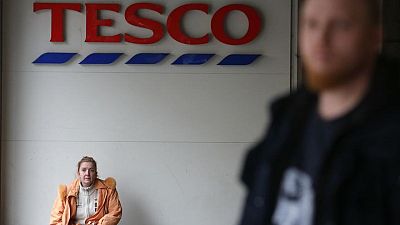 Competition to attract and retain staff is heating up in a tight UK labour market amid a worsening cost of living crisis.

Tesco, which has a UK workforce of around 300,000, gave store and fulfilment centre workers a 5.8% rise in April, which took effect in July.

The deal, agreed with the Usdaw union, took the pay of Tesco’s hourly-paid workers to 10.10 pounds ($11.41) an hour from 9.55 pounds previously, which the union said at the time delivered the highest hourly rate of pay in the sector.

But the union says that with UK inflation running at just under 10%, Tesco now has to do more.

“As the cost of living emergency has deepened since then (April), Usdaw continues to engage with all the employers we deal with to secure urgent assistance to tackle the hardship that many of our members are facing,” Daniel Adams, Usdaw National Officer, said.

“We remain in ongoing discussions with Tesco and continue to press the business to respond to the crisis.”

A spokesperson for Tesco declined to comment beyond confirming its current pay rates.

On Thursday, German owned discounter Lidl GB said it would pay 23,500 workers a minimum of 10.90 pounds an hour from Oct. 1.

With Britain’s jobless rate at its lowest since 1974 the Bank of England is watching pay settlements closely as it mulls further rises in interest rates.