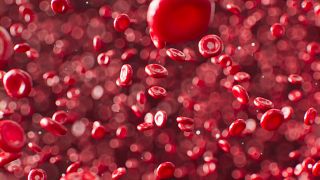 Researchers have hailed a potential “paradigm shift” in screening for cancer, after publishing the results of a trial that used a simple blood test to detect signs of a number of different cancers.

The test can not only detect cancer, but it can also identify where in the body the signal for cancer is coming from.

This helps medical professionals narrow down the tests that then should be conducted to confirm the diagnosis and start treatment.

Some of the cancers found during the trial are not currently screened for either, meaning participants could begin treatment earlier than would have been possible previously.

Diagnosing cancers earlier increases the chances of treatment being successful.

"Bending the cancer mortality curve will require earlier detection of more cancer," said Josh Ofman, the president of GRAIL, the company behind the testing technique.

The test was carried out in the United States, where more than 600,000 people die of cancer each year.

"Unfortunately, the burden of cancer will grow with the demographic tidal wave, as the absolute risk of developing any cancer increases as we get older," Ofman said.

The test being developed by his company, called the Galleri test, could enable a "paradigm shift" in cancer screening “by finding more types of cancer at earlier stages with a single blood test,” he added.

How does the Galleri test work?

The blood test involved a single blood sample from the patient, which is then tested for methylation in the DNA - one of the hallmarks of cancer.

Methylation is when methyl groups - common units of organic compounds - are detected in the DNA. They do not alter the DNA code, but they can alter gene expression.

The test is conducted with DNA sequencing and machine learning to analyse methylation patterns in the DNA from the blood.

This analysis can then spot cancer signals, and predict where cancer might be in the body.

According to GRAIL, the Galleri test can detect signals from more than 50 types of cancer.

The study, called PATHFINDER, involved 6,662 participants, all of whom were over the age of 50, and thus at increased risk of getting cancer.

A cancer signal was found in 92 participants, and of these, 35 were diagnosed with 36 different cancers in total.

Among the confirmed cancers, GRAIL says 71 per cent had cancer types that are not routinely screened for, such as uterus and pancreatic cancer.

Forty-eight per cent of the non-recurrent cancers found were in early stages.

The prediction of where the cancer signal was coming from in the body was found to have 97 per cent accuracy.

"The PATHFINDER study is an exciting first step towards fundamental change in the approach to cancer screening," said Deb Schrag, the chair of the Department of Medicine at Memorial Sloan Kettering Cancer Center in New York.

She added that the study "provides a glimpse of what the future may hold" with the chance to screen using blood tests to detect cancers “at their earliest and most treatable stages".

Jeffrey Venstrom, the chief medical officer at GRAIL, said that the Galleri testing - when done in conjunction with standard screening - more than doubled the number of cancers detected.

These included Stage I cancers of the liver, small intestine, and uterus, and Stage II pancreatic, bone, and oropharyngeal cancers.

"This is particularly notable given the PATHFINDER population was heavily screened with higher-than-average rates for mammography, colonoscopy, and low-dose CT (computed tomography) lung scans".

The results of the study were presented at the European Society for Medical Oncology Congress 2022 in Paris.