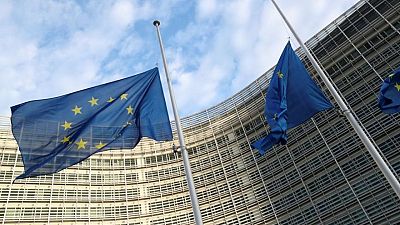 BERLIN – The European Commission is seeking emergency powers to intervene in the production of certain goods in critical situations, Germany’s Frankfurter Allgemeine Zeitung (FAZ) newspaper reported, citing a draft of the proposal.

The EU executive has been looking at how to avoid the supply bottlenecks that accompanied the coronavirus pandemic and no longer wants to rely on companies in the European Union’s 27 member states to take precautions on their own.

The so-called internal market emergency instrument, set to be presented on Sept. 13, lays out several stages that open up varying powers to the Commission depending on the situation.

“Vigilance mode,” which could be declared over an event that could threaten security of supply, allows the Commission to request company data and suggest building up “strategic reserves” first, and if that is not enough, to mandate it.

In crisis mode, the Commission would be allowed to directly dictate what orders companies should prioritize, the newspaper reported. Companies would only be exempt if the Commission’s conditions cause economic difficulties or for capacity reasons.

According to FAZ, member states would be able to prevent the triggering of these modes, as well as specific interventions by the Commission, but the hurdle would be especially high.

The powers are designed to stop member states from restricting their internal markets during a crisis – as seen during the pandemic with export bans on face masks – through transparency and better coordination of national measures.

A Commission official said the proposed measure aims to ensure greater transparency and coordination in the event of a critical situation, safeguard the free movement of services and goods and maximise the availability of essential products.

The official declined direct comment on the article, saying the commission did not comment on leaked documents.

The EU executive is now finalising its proposal.

FAZ said the proposal has faced criticism in the European parliament, which along with the EU Council of Ministers would have to green-light it before it could come into effect.