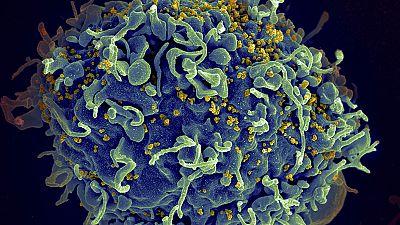 ‘The HIV epidemic is not over’, read the title of a 2018 report by the World Health Organization marking the 30th anniversary of the World’s AIDS Day. Now four years later, the alarm bell over HIV and AIDS is being rung again, as the United Nations says progress in the fight against the disease has faltered.

It’s not that the situation hasn’t drastically improved since the 1980s, when thousands of people were dying around the world without the possibility of treatment, often having received a diagnosis only a few weeks or months before the disease killed them.

The fear and stigma around having HIV and AIDS has mostly been replaced by awareness of the virus and the disease it causes.

Lifesaving antiretroviral drugs (ARVs) were developed in record time by researchers in the 1990s, turning a diagnosis that used to be a death sentence into something that could be kept under control. Since then, ARVs have saved thousands of lives.

At its peak in 2004, the virus killed 2 million people worldwide. Since then, huge progress has been made thanks to gargantuan efforts worldwide, and AIDS-related deaths have dropped by 68 per cent.

But that’s still not good enough, at least considering that the United Nations had the goal of ending AIDS by 2030.

COVID setback to the fight against HIV

Last year, when everyone’s concerns were focused on COVID-19, HIV and AIDS killed some 650,000 people around the world. That’s one life lost to the virus per minute, on average, worldwide.

The pandemic played a key role in shifting attention and resources away from the fight against HIV and AIDS, according to the UN’s latest report titled “In Danger” published on Wednesday.

While the world was busy ordering lockdowns and reshuffling resources towards curbing the spread of COVID-19, funds for HIV and AIDS prevention were cut, testing slowed and access to health care and awareness programmes thwarted.

The report says that the number of new infections dropped by only 3.6 per cent around the world between 2020 and 2021 - the smallest annual decline in new HIV infections since 2016.

“In 2021, there were 1.5 million new HIV infections and 650,000 AIDS-related deaths. This translates to 4,000 new HIV infections every day,” said Mary Mahy, who leads the epidemiology team at the Joint United Nations Programme at UNAIDS.

“That’s 4,000 people who will need to be tested, started on treatment, avoid infecting their partners, and stay on treatment for the rest of their lives. It also translates to 1,800 deaths every day due to AIDS, or one death every minute.”

In some areas of the world, things have gotten worse. In Eastern Europe and central Asia, Middle East and North Africa, and Latin America HIV infections have been increasing, and in Asia and the Pacific they are actually on the rise in those same places where they had been falling in recent years.

As is often the case, the uptick in infections is not affecting the global population the same way. In 2021, new infections were disproportionately reported among women and young girls, due in part to the latter finding themselves out of school and more exposed to gender-based violence during the pandemic.

It’s not a well-known fact, but AIDS is actually the leading cause of death for women of reproductive age.

The risk of infection has also risen for gay and bisexual men, sex workers, transgender women and drug users, according to UNAIDS, with those categories accounting for 70 per cent of all infections globally.

A glimmer of hope

Though we might not be where we wanted to be in our fight against HIV and AIDS - considering the UN aimed to end AIDS by 2030 - much has been achieved in over three decades of battling the disease.

Even within UNAIDS’ latest sobering report, there’s a chance to celebrate some successes.

In the same period, new infections among children have dropped by 52 per cent.

Countries that used to struggle with the virus are also getting better at preventing its spread. In South Africa, Nigeria, India and Tanzania, the numbers of HIV infections have dropped significantly despite the COVID-19 pandemic.

The most amazing results have been achieved by science in recent years. As the UN published its report on Wednesday, it was announced that a 66-year-old man was cured of HIV, according to doctors in California. He’s the fourth ever person to be cured of HIV since the first such patient, Timothy Ray Brown, in 2007.

The latest 66-year-old patient was said to have been cured after receiving a stem cell transplant to treat leukemia.

This cure for HIV, however, is not a feasible option for many AIDS patients, as a stem cell transplant is a highly risky, potentially fatal treatment which has been so far performed only in patients suffering from other conditions like cancer.

Despite setbacks, the fight against HIV is still on, and progress is still clearly underway. According to the UN, we still have a chance to end AIDS by 2030.

“It is still possible for leaders to get the response back on track to end AIDS by 2030,” UNAIDS Executive Director Winnie Byanyima said in a statement.

“Ending AIDS will cost much less money than not ending AIDS. Importantly, actions needed to end AIDS will also better prepare the world to protect itself against the threats of future pandemics.”