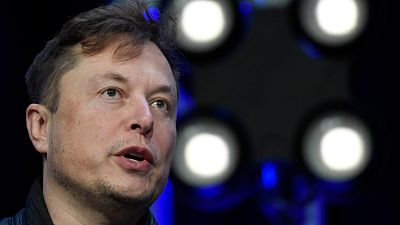 Tesla has sold a large proportion of its cryptocurrency holdings, after making waves last year revealing it had a significant investment in Bitcoin.

The company, which is the second largest electric vehicle manufacturer globally, exchanged 75 per cent of its holding in Bitcoin which has plunged in value over recent months.

In February, it was revealed that the firm invested $1.5 billion (€1.46 billion) in crypto, which prompted a surging demand and raised the value of Bitcoin.

A rough quarter for Tesla amid production challenges

The announcement comes after an unsteady end to Tesla's second quarter of 2020 – the firm's profit fell 32 per cent from record levels earlier this year.

The drop in profits can be attributed to struggles to keep up with demand due to its factory in Shanghai closing and production challenges in other plants.

In June, Tesla CEO Elon Musk said he had a “super bad feeling” about the economy, stating that the firm needed to lay off 10 per cent of the company’s salaried workers – as reported by Reuters.

Musk has said the sale of Tesla’s Bitcoin holding was to maximize its cash position in a time of uncertainty. On a Wednesday earnings call, Musk noted that the move “should not be taken as some verdict of Bitcoin”.

Last year, Tesla stopped accepting Bitcoin as payment for its cars due to concerns over the impact Bitcoin has on the environment.

At the time of the announcement, Musk tweeted he would not be selling the Bitcoin Telsa owned.

Does this recent news indicate the billionaire tech entrepreneur has changed his mind on crypto? Possibly.

“The thing about Elon is that nobody really knows what he’s thinking,” Dr Konstantinos Stylianou, Professor in Competition Law and Regulation at the University of Leeds with a focus on digital markets, told Euronews Next.

“My impression is that there are a lot of good reasons for selling Bitcoin that make financial sense”.

“The official excuse that Tesla needs liquidity could be true too – there has been a market downturn, issues with production and inflation,” he added.

“If you look at the fundamentals of Bitcoin right now they're worse than a few months ago but they certainly have remained at high enough levels that people are not abandoning the currency altogether”.

Dr Garrick Hileman, a blockchain and cryptocurrency researcher at the London School of Economics, notes “it is reasonable to accept” that Musk sold its Bitcoin holdings “due to the liquidity position of the company and concerns about China, rather than any material change in their view of Bitcoin – or holding Bitcoin on their balance sheet”.

“If they exited the entire position, that would've been a more difficult statement to have confidence in terms of whether this is really bearish for crypto,” he told Euronews Next.

“However, there is no denying that, clearly, Tesla has sold the majority of their Bitcoin – it’s not a core holding they’re retaining under stressful circumstances.

“I think it speaks to some of the challenges around the idea that corporates are close to adopting Bitcoin in any significant way – and holding that Bitcoin through difficult circumstances. I think that if that is to happen in the future, it's still some time off”.

Ultimately the news neither indicates that Bitcoin is doomed nor that Musk has turned his back on crypto. The news is not “necessarily negative for the currency. Tesla selling 75 per cent doesn't really indicate the long-term potential [for the currency],” Stylianou added.

“But again, nobody knows what he’s thinking… He's very unpredictable and extremely strategic. And his public statements don't necessarily reflect what he’s doing in reality,” he said.