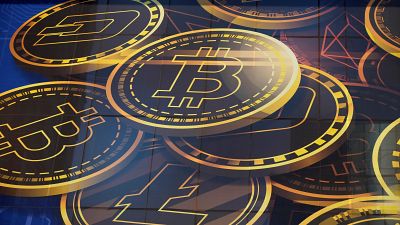 Cryptocurrency lending platform Celsius Network has filed for bankruptcy, as the fallout from huge drops in prices in the crypto industry continues to hit companies.

The firm, based in New Jersey in the United States, froze withdrawals in June, as a host of crypto platforms grappled with the collapse of cryptocurrency prices. Users were cut off from access to their savings as the company cited “extreme market conditions”.

In what is being dubbed crypto winter, cryptocurrencies have lost $2 trillion (€1.9 trillion) in value since the height of a massive rally in 2021.

Celsius is a significant presence in the crypto lending space, and it raised some $750 million (€716 million) in funding late last year.

It worked by offering interest on products to customers who deposited their cryptocurrencies on the platform.

Now, following the freezing of withdrawals which left customers wondering what would happen to their deposited funds, the company has declared chapter 11 bankruptcy with a bankruptcy court in New York.

It announced in a blog post on Thursday July 14 it had “initiated a financial restructuring process to provide the company with the best opportunity to stabilise the business”.

Chapter 11 bankruptcy allows a company to undertake financial restructuring while continuing some operations.

The company said it was not asking to allow customer withdrawals to take place at this time, and will “put forward a plan” to restore activity across the platform.

It did not give a time frame for when customers could expect to withdraw or trade again on the platform.

Following the freezing of withdrawals in June, regulators in New Jersey, Texas and Washington launched investigations into the firm.

The business models of lenders like Celsius came under scrutiny following the drop in the crypto market, spurred on by the collapse of the so-called stablecoin TerraUSD and its sister token Luna in May.

Another US crypto lender, Voyager Digital, filed for bankruptcy this month after suspending withdrawals and deposits. Singapore's Vauld, a smaller lender, also froze withdrawals this month.

Annual inflation across the eurozone will peak at 7.6% in 2022

Fintech - Will it replace traditional banks?