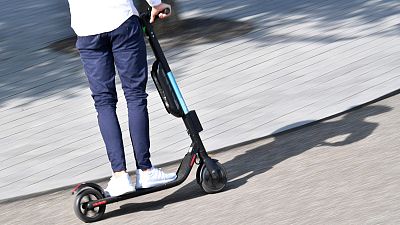 Love them or hate them, electric scooters have become something of a fixture in many European countries.

The e-scooter rental market in Europe has boomed in recent years, with e-scooters becoming increasingly popular in urban areas and with younger people.

Revenue in the European e-scooter sharing market is projected to reach €651.90 million this year, according to Statista, while the number of users is estimated to hit 55.5 million by 2026.

E-scooters are seen as an easy, relatively affordable way for people to get around. However recent deaths and accidents involving e-scooters have prompted authorities to take a harder look at the use of such vehicles.

On an EU level, the European Commission is looking at the possibility of drawing up guidelines, while technical standards are also being considered under possible plans for standardisation.

In the meantime, countries are taking matters into their own hands:

Authorities in Rome are moving to clamp down on e-scooters, including restricting their use to adults who must provide formal ID, and further limiting how fast they can go.

The speed limit for e-scooters in the Italian capital will be reduced from 25 km/h to 20 km/h on roads, and 6 km/h in pedestrian areas without cars. The number of e-scooter rental operators will also be limited to three, and there will be restrictions on parking.

The new restrictions are intended to come into force in January 2023, under new draft regulations seen by AFP.

This follows similar restrictions in other European capitals. Paris introduced new rules for rental e-scooters last year, after the death of a pedestrian hit by a scooter.

The new regulations cap the speed limit for rental e-scooters at 10 km/h in some areas of the French capital, including around key tourist attractions such as the Eiffel Tower and the Louvre museum.

Scooters run by rental companies Dott, Tier and Lime, tracked in real-time by geo-location, are automatically slowed down to half their normal top speed once they enter the designated areas.

The operators are also taking steps to address rogue parking, requiring users to take a picture proving that they dropped off the scooter in the right place.

Authorities in several European countries have also turned to banning e-scooter rentals at certain times of the day to try and curb accidents.

In July last year, the Norwegian capital Oslo banned nighttime e-scooter rentals following an outcry from doctors over the numbers of injuries sustained.

Authorities in Helsinki last September also banned e-scooter rentals after midnight on weekends, and lowered their speed limit after a series of accidents caused by drunken riders.

In November, councillors in Stockholm voted to almost halve the number of rental e-scooters permitted in the Swedish capital, and to cut the number of licensed scooter rental firms from eight to three.

Several countries have introduced mandatory helmets for riders, including Denmark and Spain. The latter is also introducing minimum technical standards for e-scooters.

In Norway, helmets are compulsory for riders up to the age of 15. The country has also introduced the same drink-drive limits as for car drivers.

UK set to expand e-scooter use

"While riding a privately owned e-scooter on public land is currently illegal, we are considering how best to design future regulations and our Transport Bill will help us to take the steps we need to make e-scooters safer and support innovation," a government spokesperson said, according to a report by the BBC.

Official rental trial schemes have been set up in dozens of areas across the country.

Under these trials, users have to abide by specific restrictions including maximum speeds of 25 km/h, and the need to have a driving licence that allows for trial e-scooter use. Helmets are recommended but are not a legal requirement.