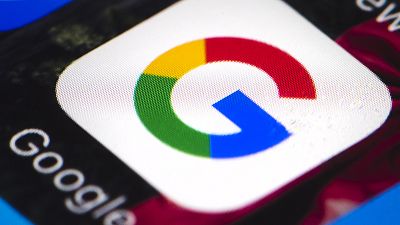 The UK has launched a second investigation to determine whether Google’s ad practices limit competition while favouring its own services illegally.

A debate over whether the US tech giants which dominate the market are transparent enough in their practices has emerged in recent years, especially as these companies gained even more leverage during the pandemic.

Last year, the UK introduced a new competition regime that prevents Google and Facebook from using their dominance in the market to favour their services over that of other much smaller companies. This new legislation allows the CMA to suspend, block and reverse decisions made by tech companies which fail to comply with the regulation, and even impose fines.

The investigation launched on Thursday by Britain’s competition regulator, the Competition and Market Authority (CMA), will look into Google’s ad practices for the ad tech stack, also known as advertising technology intermediation.

Ad tech stack is a set of services that facilitate the sale of online advertising space between buyers and sellers, and Google has a role on both sides of the market, charging both sellers and buyers.

"We're worried that Google may be using its position in ad tech to favour its own services to the detriment of its rivals, of its customers and ultimately of consumers," said CMA Chief Executive Andrea Coscelli in a written statement on Thursday.

According to the British government, the CMA is concerned that Google is distorting competition by limiting the interoperability of its ad exchange with third-party publisher ad servers, and by tying these services together by contract, “making it more difficult for rival ad servers to compete". It also suspects that Google might have used its position in ad tech to favour its own services over that of rivals.

“This would be bad for the millions of people who enjoy access to a wealth of free information online every day,” said Coscelli.

“Weakening competition in this area could reduce the ad revenues of publishers, who may be forced to compromise the quality of their content to cut costs or put their content behind paywalls. It may also be raising costs for advertisers which are passed on through higher prices for advertised goods and services,” he added.

It’s not the first time this year that the search giant faces Britain’s competition regulator. The UK launched a twin probe with the European Commission in March to investigate Google and Meta’s ‘Jedi Blue’ internal agreement in September 2018, which British and European authorities think might have undermined competition in the ad market.

This first probe was the result of another ongoing investigation in the US, which alleges that Google agreed to give Facebook preferential treatment for its ad placement in return for the social media platform not building competing ad technology or choosing a competitor over the world’s most popular search engine.