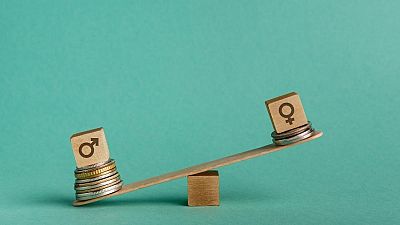 Japan plans to require large companies to disclose wage gaps between men and women in a bid to overcome stubborn gender inequality in the workplace.

Companies will be required to disclose women's pay as a percentage of men's, on their website or elsewhere, breaking down the figures by permanent and non-permanent employees. Any legitimate reason for gender pay disparities will need to be provided.

The new rules will apply to any public or private company that employs more than 300 employees. Nearly 18,000 businesses will be affected and could be ordered to disclose the information as early as this year, Nikkei Asia reported.

The new measures add to a list of existing rules companies in Japan must abide by, such as publishing the percentage of female executives and the difference in average tenure between men and women.

Japanese law already asserts that women and men must be offered equal pay for equal work.

Japan lags other advanced countries in that area, with women's earnings averaging only 78 per cent of men's, compared with an 88 per cent median among all OECD countries.

Analysts attribute the stubborn pay gap to a range of issues such as a lack of women in management or low pay for those returning from maternity leave.

The gender pay gap is a global problem

The gender pay gap is a pressing issue across the world, with many advanced economies still struggling to achieve equal pay across the spectrum.

In the United States, the pay gap has remained relatively stable over the last 15 years or so, with women earning 84 per cent of men’s earnings in 2020 - according to an analysis of median hourly earnings in both full and part-time workers by the Pew Research Center.

This equates to 42 extra days of work for women to earn what men did in 2020.

In Europe, women’s gross hourly earnings were on average 13 per cent lower than men in the European Union, and 14.1 per cent lower in the eurozone - according to data released by Eurostat in 2020.

The highest gender pay gap in the EU was recorded in Latvia, at 22.3 per cent, whereas the was lowest in Luxembourg, at 0.7 per cent.

What can the world learn from Luxembourg?

Luxembourg was one of the first nations in the EU to address the issue of pay inequality, establishing the ministry of Equality between Women and Men in 2015, which focuses exclusively on gender equality.

In December 2016, Luxembourg enacted a law which made any discrepancy in compensation for men and women completing the same task or work of equal value illegal.

Although the country boasts the narrowest pay gap in the EU, rights campaigners say there is still room for improvement. While the number of women in Luxembourg’s workforce is rising, it remains far lower than the number of men.

The EU is also pushing for pay transparency

Legislation is a key part of the puzzle, and in 2021, the EU approved a similar “pay transparency” policy to the one announced in Japan, requiring employers with at least 250 workers to disclose their gender pay gaps every year.

Under the draft law, employers must share this pay information with relevant national authorities and provide it to their workers and staff representatives.

In cases where this reporting shows a gap in average pay level between female and male workers of at least 5 per cent that’s not justified by objective and gender-neutral criteria, the companies will have to conduct a joint pay assessment in cooperation with their workers' representatives.

These are the jobs that will need filling in the metaverse