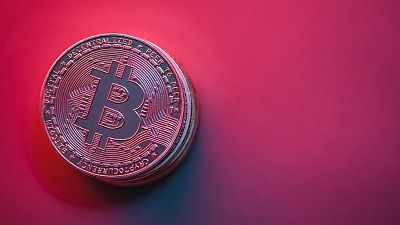 Portugal intends to close a legal loophole that currently prevents the taxation of virtual assets and has made the country particularly attractive to cryptocurrency investors, Portugal's finance minister said on Thursday.

"The government intends to legislate on this matter, we are not going to maintain this vacuum," Fernando Medina said at a press conference in Lisbon.

The government wants to present "as soon as possible" a new legal framework that ensures a balance between tax "fairness" and the country's international "competitiveness," Medina added.

Portugal is currently one of the few countries in Europe where cryptocurrency transactions are not subject to taxation because they are not considered currencies or financial assets, according to a notice issued by the Portuguese tax authorities in 2016 which is still in force.

Individuals do not have to pay VAT or capital gains taxes on their purchases and sales of crypto assets, and only professional activities paid in crypto are taxed.

While new tax rules are yet to be officially introduced, cryptocurrency investments continue to gain ground in the country, particularly in the real estate sector with the first sale of property paid for in Bitcoin without conversion to euros being completed in early May.

The transaction is unprecedented in Portugal and Europe, according to real estate agency Zome, the intermediary in the sale.

The three-bedroom apartment, which was worth €110,000, was sold for 3 Bitcoins in Braga, a major city in northwest Portugal.

Made possible "thanks to a new regulation by the Order of Notaries approved at the end of April," cryptocurrency real estate transactions must be preceded by a "more extensive" verification procedure than in a traditional sale, in order to "check the source of funds under the law on money laundering", Zome spokesman Carlos Santos told AFP.

The agency, which has launched a portal with some 3,000 properties with prices displayed in Bitcoin, sees new opportunities for development despite a volatile crypto market that has plummeted in recent weeks.