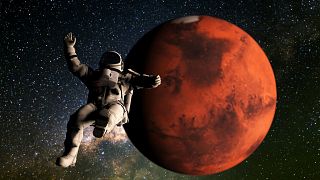 Humanity could reach the Red Planet and the Moon sooner than we think.

SpaceX President and Chief Operating Officer (COO) Gwynne Shotwell said a crewed mission to Mars could happen before the end of the 2020s.

“I think it will be in this decade, yes. People on the Moon, sooner,” Shotwell told CNBC recently.

"I think we need to get a large delivery to the surface of Mars, and then people will start thinking harder about it," she added. "And then, I think within five or six years, people will see that that will be a real place to go".

SpaceX is developing a reusable rocket called Starship that aims to take people to the Moon, Mars and elsewhere. The Japanese billionaire Yasaku Maezawa, for instance, has booked the rocket for a round-the-Moon trip in 2023.

While SpaceX has yet to bring humans to the Moon, the company has had successful trips to the International Space Station (ISS).

NASA has also picked Starship for its Artemis programme, which aims to put astronauts near the Moon’s south pole in 2025.

But another of Artemis’s missions is to go from the Moon to Mars in about 2040, which is about 10 years later than Shotwell’s prediction.

It means that SpaceX could beat NASA to the punch but as Musk’s company provides a lot of tech equipment to NASA, they may end up working together.

The most recent mission between NASA and SpaceX occurred last Friday after the third long-duration astronaut team launched by SpaceX to the ISS safely returned to Earth to end months of orbital research ranging from space-grown chillies to robots.

SpaceX is also working towards Starship’s first-ever orbital test flight, launching from its Texas base.

However, it is currently awaiting an environmental assessment from the US Federal Aviation Administration (FAA).