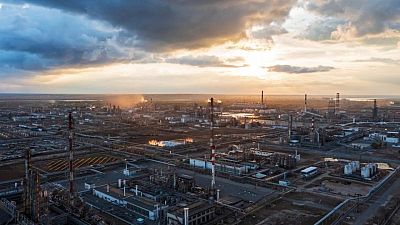 BRUSSELS -The European Union must avoid locking itself into years of dependence on fossil fuels as it races to replace Russian oil and gas with supplies from other countries, 11 former EU policy chiefs have said in a letter to the bloc’s current leadership.

The European Commission will this month unveil plans to end Europe’s reliance on Russian energy, which are expected to expand renewable energy faster while encouraging the urgent replacement of Russian gas with alternative supplies.

“Simply diversifying the import of fossil fuels will only serve to maintain EU energy dependence on other countries, many of which do not respect EU values,” the former officials said in a letter to Commission President Ursula von der Leyen and EU climate policy chief Frans Timmermans, dated Tuesday and seen by Reuters.

Rather than locking in long-term oil and gas reliance, Brussels needs an emergency plan for a drastic reduction in fossil fuel use in line with climate goals, the letter said, urging energy savings, massive expansion of wind and solar farms, incentives for businesses to switch to low-carbon technologies and training for workers in new, green jobs.

The Commission should also provide analysis to support more ambitious targets to expand renewable energy, renovate buildings and phase out polluting cars, which EU countries are currently negotiating, it said. The Commission has said it is analysing a higher renewables target.

“Where we can replace natural gas with renewables, especially in power generation, we should do so,” EU energy policy chief Kadri Simson told European Parliament on Tuesday, adding that renewables and energy efficiency would form the “core” of its plan.

Russia supplies 40% of EU gas and 26% of the bloc’s oil imports, which power home heating, transport and industries across Europe.

The urgency surrounding efforts to replace those fuels was heightened after Moscow cut gas supplies to Poland and Bulgaria last week, raising fears that other countries could be next.

The former officials said new gas supply contracts should have time constraints to avoid locking in decades of emissions, and the Commission should withdraw its proposal to include gas-fuelled energy in the EU’s “taxonomy” system for labelling sustainable investments.