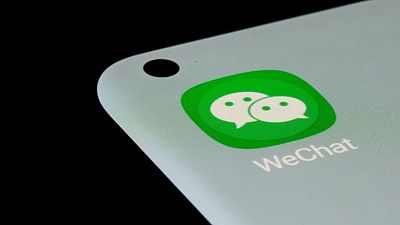 BEIJING -China’s most popular messaging service WeChat said on Friday it will start revealing the location of users when they post on a public account.

Tencent-owned WeChat said that it would soon begin testing the setting, which applies only to users of its “public platform”, where they may comment on news, essays and other written content published by official accounts.

WeChat, which has more than 1.2 billion monthly users, said in a notice that the move targeted misinformation relating to “domestic and overseas hot-topic issues”, without elaborating.

In addition to its private messaging service, WeChat also allows users such as companies and bloggers to create official accounts where they can publish articles accessible to public.

Its location function will apply to these public posts.

For example, as of Friday, comments left by users on some of these posts showed which province they were posted from.

WeChat’s notice came only a day after Weibo, another popular Chinese social media platform, introduced the same settings permanently after more than a month of testing.

Douyin, a ByteDance subsidiary and the Chinese equivalent of TikTok, said in a statement on Friday that it had also added a similar setting to user accounts.

It was not clear what triggered the companies’ moves but social media platforms have been instructed by Chinese regulators to increase policing of what is posted on their sites as Beijing further tightens controls over its cyberspace.