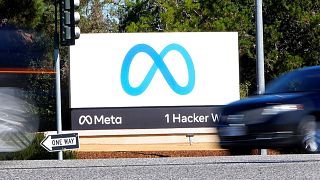 Meta Inc has reported better than expected financial results for the first quarter of 2022, although the company’s share price is down 21 percent on the same period last year.

Wall Street Analysts were not holding high hopes for the parent company of Facebook which said in February that it had lost a million active daily users in the previous three months.

Its first quarter profit and its number of daily users exceeded Wall Street’s expectations in the results posted on Wednesday.

Jesse Cohen, a senior analyst at Investing.com, said the growth slowdown seems to have been mitigated by an increase in daily active users that “was enough to send the shorts covering and the stock surging”.

“That being said, it was a mixed report overall as the social media giant continues to struggle with slowing revenue growth amid reduced ad spending amid the current inflationary environment”.

The reported revenue growth of 7 per cent was the slowest since the company went public a decade ago.

It went from $26.17 billion (€24.9 billion) to $27.91 billion (€26.54 billion), with CEO Mark Zuckerberg telling analysts in a conference call that the revenue acceleration the company saw during the pandemic had tapered off, with the company planning to “slow the pace of some of our investments” so it can continue to grow profits.

Facebook has seen a 4 per cent growth in daily active users over last year, with 1.96 billion on average for March 2022, a positive sign following the loss of users in the previous quarter.

Insider Intelligence analyst Evelyn Mitchell pointed out however that many of these users come from outside the US and Canada, which makes less money for the company.

“Meta’s ad business continues to face some very real challenges,” said Jasmine Enberg, an analyst at Insider Intelligence. Facebook, of course, is no stranger to obstacles, but the iOS changes are the first direct threat to its ad business".

Apple's recent privacy changes to its iPhone software iOS have made it harder for companies like Meta to track people for advertising purposes, which also puts pressure on the company’s revenue.

Meta had been warning investors for months that its revenue can’t continue to grow at the speed they are accustomed to.