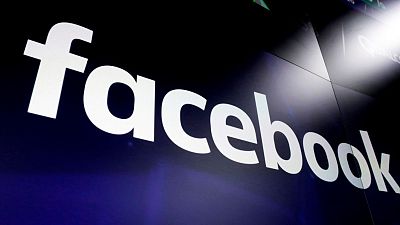 Facebook has reported a rise in hacking and disinformation amid the Russian invasion of Ukraine   -   Copyright  AP   -
By Euronews  with Reuters, AP, AFP  •  Updated: 12/04/2022

Facebook-owner Meta says it removed a hacking campaign in which Russian-linked hackers attempted to break into the accounts of Ukrainian military officers to upload videos of surrendering Ukrainian soldiers.

It was just one example of a rise in hacking and disinformation amid the Russian invasion of Ukraine, detailed by the social media giant in a report released on Thursday.

The company also reported an increase in domestic disinformation and propaganda in countries around the world, suggesting that tactics pioneered by foreign intelligence agencies are now being used more widely.

“While much of the public attention in recent years has been focused on foreign interference, domestic threats are on the rise globally," said Nick Clegg, Meta's president for global affairs and a former British deputy prime minister.

Meta traced the effort to take over the social media accounts of dozens of Ukrainian military leaders back to a shadowy hacker organisation known as Ghostwriter, which previous research has linked to Belarus, a Russian ally. Ghostwriter has a history of spreading content critical of NATO, and also has tried to hack email accounts.

Belarus and Russia have not responded to the claims.

The report states groups linked to the Kremlin are spreading disinformation about its invasion of Ukraine while amplifying pro-Russian conspiracy theories at home.

It also said it had also removed a network of about 200 accounts operated from Russia that coordinated to falsely report people, mostly in Ukraine and Russia, for violations like hate speech or bullying.

The mass reporting was primarily coordinated in a cooking-themed Facebook Group which had about 50 members when Meta took it down in March.

Meta said it had also removed tens of thousands of accounts, pages and groups trying to use the war in Ukraine to scam users and make money by driving people to ad-filled websites or selling them merchandise.

Russia has battled big tech companies to control online information flows after its invasion of Ukraine on February 24, which Moscow calls a "special military operation."

The Russian regime has blocked hundreds of news sources and websites, including Facebook and Twitter, and threatened jail time to anyone who tries to report on the war.

In the place of accurate journalism, the state-controlled media puts out discredited conspiracy theories about Ukrainian Nazis or secret US bioweapon labs.

Meta and other big tech companies have responded by removing or restricting Russian state-run media, by targeting disinformation networks and by labelling content it does not remove.

Twitter said this week it will not amplify or recommend Russian government accounts to users.

Russia is also taking steps against Google, banning advertising on the platform, for “spreading fakes…about the course of Russia’s special military operation on the territory of Ukraine”.

In its first quarterly adversarial threat report, Meta detailed other takedowns around the world such as the removal of two cyberespionage operations from Iran and an influence campaign in Brazil that posed as environmental activists defending deforestation in the Amazon.

It also removed a network in the Philippines that claimed credit for bringing down and defacing news websites.

Meta said it would be rolling out additional policies in the coming weeks and months to make sure it stays ahead of groups trying to exploit its platforms.

Nathaniel Gleicher, Meta's head of security policy, noted that groups looking to spread disinformation and propaganda are adapting their tactics too.

“We would expect them to keep coming back," Gleicher said.