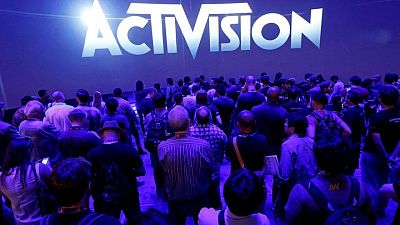 – Activision Blizzard Inc has won the dismissal of a lawsuit in California accusing the video game maker of misleading investors by downplaying the severity of alleged sexual harassment and discrimination against female employees.

Los Angeles-based U.S. District Judge Percy Anderson, in a decision released on Tuesday, found that a group of Activision shareholders had failed to cite specific false statements the company made amid investigations by three government agencies, and could not prove fraud claims.

Anderson gave the plaintiffs 30 days to file an amended complaint against Activision, which has denied tolerating discrimination and misleading shareholders.

The company and lawyers for the shareholders did not immediately respond to requests for comment.

Anderson in his ruling said the plaintiffs failed to allege that Activision and its executives knowingly made specific false statements about the discrimination claims, writing that the complaint was “wieldy in the extreme and rambles through long stretches of material quoted from external lawsuits.”

Microsoft Corp in January said it is buying Activision, the maker of “Call of Duty” and other games, for $68.7 billion, in the biggest gaming industry deal on record. The U.S. Federal Trade Commission is conducting an antitrust review of the deal.

Activision settled the EEOC case last month for $18 million. The California Department of Fair Employment and Housing’s lawsuit is pending.

In a proposed class action lawsuit filed in August, the shareholders said Activision’s failure to disclose the scale of workplace discrimination artificially inflated the value of the company’s stock. Activision stock declined sharply last year in response to news reports about the SEC probe and the company’s alleged failure to address bias and sexual harassment.