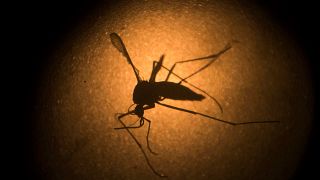 A single mutation in the mosquito-borne Zika virus could spark another major outbreak of the disease in humans, scientists have warned.

A study of the virus - which can cause severe birth defects and neurological issues - found the mutation makes it more infectious, potentially breaking through pre-existing immunity.

There was an epidemic of the virus in 2015 and 2016, beginning in Brazil and spreading to other countries in the Americas.

The World Health Organization declared it an international health emergency, and many countries around the world issued travel warnings.

“The world should monitor the emergence of this Zika virus variant,” said Professor Sujan Shresta, from La Jolla Institute for Immunology in California, who co-led the study.

What is Zika virus?

Zika virus is carried by mosquitoes in tropical and subtropical regions, and there have been reports of infections in 86 countries around the world.

The symptoms are usually mild in adults. However, it can also be transmitted from mother to foetus during pregnancy, and it can cause microcephaly, where the baby’s head is abnormally small or stops growing after birth.

Aside from mosquitos bites, it can also spread from human to human through sexual contact, transfusion of blood and blood products, and organ transplantation.

How can Zika virus mutate?

Zika virus and dengue virus overlap in many countries. The two viruses share many biological properties, and an immune response for one can provide protection against the other.

So where Zika is prevalent, “a vast majority of people have already been exposed to dengue virus and have both T cells and antibodies that cross-react,” said Shresta.

But the scientists warn that as both viruses can mutate quickly, variants could become more virulent.

“When there are so many mosquitoes and so many human hosts, these viruses are constantly moving back and forth and evolving,” Shresta said.

The team recreated infection cycles that switched back and forth between mosquito cells and mice, showing how Zika evolves as it comes into contact with more hosts.

They found it was relatively easy for Zika to mutate, acquiring a single amino acid change that allows it to make more copies of itself, helping infections to take hold more easily.

“This single mutation is sufficient to enhance Zika virus virulence,” said study co-author Jose Angel Regla-Nava, an associate professor at the University of Guadalajara in Mexico.

“A high replication rate in either a mosquito or human host could increase viral transmission or pathogenicity - and cause a new outbreak”.

Shresta added: “The Zika variant that we identified had evolved to the point where the cross-protective immunity afforded by prior dengue infection was no longer effective in mice".

"Unfortunately for us, if this variant becomes prevalent, we may have the same issues in real life.”

The team is now looking at ways to counter the mutation with vaccines and treatments. Research is ongoing, but there is currently no approved vaccine for Zika virus.

The team’s findings were published in the open-access journal Cell Reports.

No more swabs? US approves its first COVID breath test