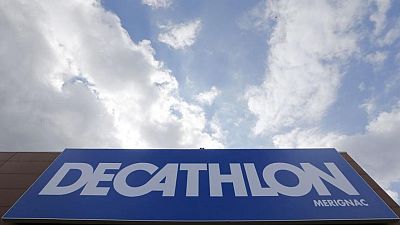 PARIS -Decathlon, the sportswear arm of a French retail empire facing criticism for staying in Russia since its invasion of Ukraine, said on Tuesday it was now suspending activities in the country due to supply difficulties.

Decathlon is owned by the Mulliez family, which is also behind DIY retailer Leroy Merlin and food retailer Auchan, both of which continue to operate in Russia.

Western companies from McDonald’s and Starbucks to Deutsche Bank and Shell have stepped back from Russia, under pressure from customers and their governments to inflict an economic price on Moscow for waging war on its neighbour. Western sanctions on Russia have also complicated doing business there.

“In strict compliance with international sanctions, Decathlon notes that the supply conditions are no longer met to continue its activity in Russia. Decathlon has to suspend the operation of its stores,” it said in a statement.

Decathlon imports the bulk of the products it sells in its 60 stores in Russia. It said it would continue to support its 2,500 Russian staff, some of whom have been involved with the company since 2006.

Auchan, which has around 30,000 staff, 231 stores and e-commerce activities in Russia, where it makes 10% of its global turnover, has been singled out by Ukrainian President Volodymyr Zelenskiy for continuing operations in Russia.

The CEO of Auchan, however, told French newspaper Journal du Dimanche on Sunday the company planned to maintain its presence in Russia, in part because it feared losing assets or exposing local managers to legal troubles if it pulled out.

A spokesperson for Auchan told Reuters on Tuesday there was no change in the company’s position towards Russia. The retailer sources the bulk of the products it sells in Russia locally.

Leroy Merlin, which has 45,000 employees and 113 stores in Russia, also sources most of its products locally. The company, which made 5 billion euros ($5.6 billion) of revenues in Russia last year – behind only France – said it was maintaining its presence in Russia for the same reasons as Auchan.