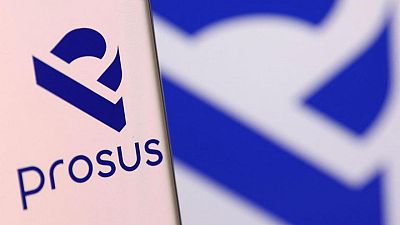 AMSTERDAM – Amsterdam-based Prosus NV, the owner of Russian online marketplace Avito, said on Tuesday it has taken steps to remove “a small number” of advertisements for jobs in the Russian military that had made it onto Avito’s listings.

Prosus runs Avito as part of its OLX business, which is one of the world’s biggest online marketplaces.

“Our Avito classifieds site in Russia hosts around 90 million active adverts and moderates around 5 million new listings every day,” Prosus said in a statement.

“We were made aware of a small number of job adverts for military vacancies that had been posted on Avito, and this has now been addressed.”

It did not give details of the jobs.

A Prosus spokesperson said the job adverts had been put up by the Russian military.

Prosus drew criticism on social media for the job adverts from some Ukrainians angry that the Dutch company was allowing the Russian military to recruit on Avito.

Prosus has said it was “appalled” by Russia’s invasion of Ukraine, which Moscow says is a “special military operation”. However, the Dutch company decided to continue Avito’s operations, which employ 4,000 people in Russia.

“For us to rush out and leave those people without their livelihoods in the short term feels like the absolute wrong thing to do,” CEO Bob van Dijk told investors on March 7.

Before the war Avito was valued at around $6 billion. The company said it could not provide forecasts, but Avito’s profitability and valuation will be affected by the conflict, given the plunge in value of the Russian rouble.

Separately, Prosus has written off the entire value of its 27% stake in VK Group, the Russian social media platform whose London-listed shares were suspended following a U.S. decision to impose sanctions on its chief executive.

Prosus is part of a cross-holding entity with Naspers of South Africa, with the two companies sharing a single board.