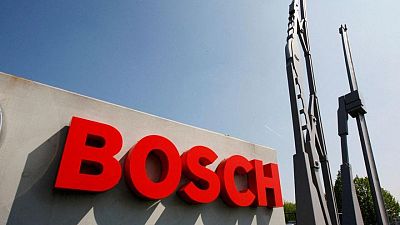 BERLIN -Germany’s economy ministry has launched an investigation into whether engineering group Bosch violated an export ban on goods that can be used for both civilian and military purposes, Der Spiegel magazine reported on Friday.

European Union sanctions have restricted exports of dual-use goods since Russia’s annexation of Crimea in 2014. More sanctions have been imposed since Moscow’s invasion of Ukraine.

Bosch said in a statement it had no knowledge that any official investigation had started.

It earlier said it had suspended deliveries of truck components inside Russia and to Russian customers partly because of indications its products were being used for non-civilian purposes in violation of local contracts.

The company, which has plants producing vehicle parts and other goods in Russia, said much of its business in Russia had been curtailed because of the Ukraine war.

“We examine the impact of the respective current sanctions lists very carefully and then implement them consistently and in every detail,” the company said.

A spokesperson for the economy ministry said it did not comment on individual cases.

“We take the Ukrainian foreign minister’s allegations very seriously and immediately initiated an intensive investigation,” the company said, adding that any parts were not supplied directly to the manufacturer of the military vehicles.

Bosch employs about 3,500 people in Russia, where it mainly produces consumer goods, vehicle parts and other items for the local market at three locations.