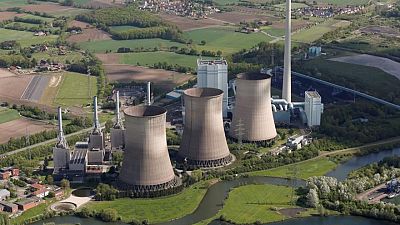 ESSEN, Germany -RWE, Germany’s top power producer and a buyer of Russian gas, warned on Tuesday of major consequences for its business should the war in Ukraine escalate, adding stopping energy imports from Russia would hit German industry hard.

The utility said current risks were manageable, but an escalation would have “notable effects on our assets, liabilities, financial position and profit or loss.”

RWE, while publishing its final annual results, also said it wouldn’t enter into new supply deals with Russian counterparties and had decided to end all non-energy ties with counterparties there with immediate effect.

“However, we must unfortunately also acknowledge that there is a strong dependence on Russia, especially in energy supply, in Europe and in particular in Germany,” Chief Executive Markus Krebber said at the company’s annual press conference.

RWE shares were little changed in a weaker market, with analysts pointing to the fact it had turned net debt into 400 million euros ($440 million) of cash by the end of last year.

The company, which generates power from renewables, nuclear and gas, said it was identifying power plants that could be restarted or run for longer to ensure security of supply and enable Germany to cut reliance on Russian gas.

It said it was unclear what impact the crisis would have on its long-term gas purchase agreement with Russia’s Gazprom, adding it had the option of negotiating price adjustments during review periods.

Overall, RWE‘s commodity exposure to Russia includes 15 terawatt hours of gas deliveries by 2023 and 12 million tonnes of hard coal by 2025. One gas contract with Gazprom was currently dormant, it said.

RWE said it could not be ruled out that contractual partners would become insolvent as a result of sanctions that have been imposed on Russia following its invasion of Ukraine, which Moscow calls a “special operation”.

While a sudden stop of energy imports from Russia would have a limited impact on its business, the broader impact of the Ukraine crisis was difficult to assess and had not yet been factored into its 2022 outlook, RWE said.