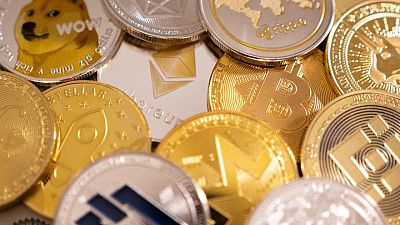 NEWYORK – U.S. authorities on Tuesday filed criminal charges against a cryptocurrency executive and civil charges against him and his sister, accusing them of defrauding retail investors out of millions of dollars with a digital token known as Ormeus Coin.

In papers filed in Manhattan federal court, the Justice Department said John Barksdale lied about the value and profitability of Ormeus Coin’s mining assets, including that the coin was backed by a $250 million mining operation generating more than $5 million of monthly revenue.

Barksdale and his sister JonAtina Barksdale were separately charged by the Securities and Exchange Commission with conducting fraudulent unregistered offerings of Ormeus Coin.

The SEC said the Barksdales since 2017 raised $124 million from more than 20,000 investors through their multi-level marketing company Ormeus Global SA, and spent millions of dollars on travel, real estate and other personal expenses.

The Barksdales “acted as modern-day snake-oil salesmen” in misleading investors, Melissa Hodgman, associate director of the SEC enforcement division, said in a statement.

Lawyers for the Barksdales could not immediately be identified.

John Barksdale has been arrested, and faces up to 65 years in prison on securities fraud, wire fraud and conspiracy charges, according to the Justice Department.

Both defendants are U.S. citizens, with John Barksdale, 41, having lived in Thailand and JonAtina Barksdale, 45, in Hong Kong, the SEC said.

SEC Chair Gary Gensler has called the cryptocurrency industry the “Wild West” of finance and wants cryptocurrency exchanges to register with the SEC.

The White House has been considering broad oversight over the cryptocurrency market, in part to address ransomware and other cyber crime.

President Joe Biden is expected this week to direct the Justice Department and other federal agencies to study possible ramifications from creating a U.S. central bank digital currency, a person familiar with the matter said.