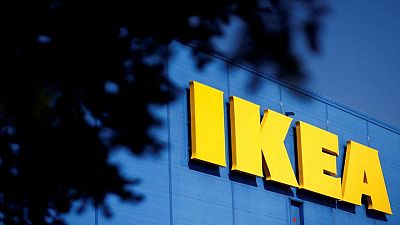 STOCKHOLM – IKEA, the world’s biggest furniture brand, is closing its stores in Russia and pausing all sourcing in the country and ally Belarus, joining the wave of Western firms curbing business with Russia after its invasion of Ukraine.

“The devastating war in Ukraine is a human tragedy, and our deepest empathy and concerns are with the millions of people impacted,” brand owner Inter IKEA and Ingka Group said in a joint statement.

“The war has both a huge human impact and is resulting in serious disruptions to supply chain and trading conditions, which is why the company groups have decided to temporarily pause IKEA operations in Russia,” they said.

Ingka Group, which is also one of the world’s biggest shopping centre owners, said its 14 malls in Russia, branded “Mega”, remain open.

While a raft of international companies have already halted operations in Russia due to the war and consequent sanctions against the country, IKEA is one of the first to also halt business with Belarus.

“We couldn’t offer safety and security of people working in our supply chain – passing the border et cetera was simply too risky. Then, on top of that, the consequences of different sanctions altogether made it simply not possible to operate any longer,” Inter IKEA Core Business Supply Manager Henrik Elm told Reuters regarding Belarus.

Inter IKEA is in charge of supply while Ingka Group is the main global retailer with 17 stores in Russia and one distribution centre. In the year through last August, Russia was IKEA‘s 10th-biggest market with retail sales of 1.6 billion euros ($1.8 billion), or 4% of total retail sales.

The decision to pause operations in Russia affects 15,000 employees and Ingka Group Retail Operations Manager Tolga Oncu said in a joint interview with Elm that all staff would get paid, in roubles, for at least the coming three months.

“The company groups will secure employment and income stability and provide support to them and their families in the region,” IKEA said.

IKEA produces chipboards and wood based products at three sites in Russia, and has around 50 direct suppliers in the country that produce a wide range of goods. The bulk of products made in Russia are sold in Russia.

Elm said the decisions were made before the European Union on Wednesday approved new sanctions against Belarus for its supporting role in Russia’s invasion of Ukraine.

Elm said it was too early to say whether Inter IKEA would raise prices further to store owners as a result of the Ukraine crisis.

Russia calls its actions in Ukraine a “special operation.”