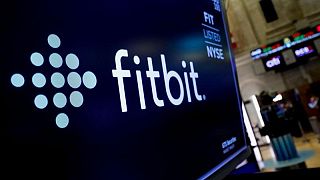 The company had sold around 1 million of the devices in the US and 700,000 internationally, including in European countries.

What caused the Fitbit recall?

The regulator said Fitbit had received at least 115 reports in the US and 59 from overseas, including cases where the overheating led to third- and second-degree burns.

The total reports in the CPSC announcement represented less than 0.01 per cent of the units sold, according to Fitbit.

"These incidents are very rare and this voluntary recall does not impact other Fitbit smartwatches or trackers," the fitness tracker maker said in a statement.

A message to our users: Customer safety is always Fitbit’s top priority and out of an abundance of caution, we’ve announced a voluntary recall of Fitbit Ionic smartwatches. Please visit https://t.co/1p0SOTzgQy. Thank you for your continued support. pic.twitter.com/IvVtYs53md

Two of the people injured by the watch had third-degree burns, while four others reported less severe second-degree burns.

What should I do if I have the Ionic Fitbit smartwatch?

Fitbit told users to stop wearing the watches immediately and to contact Fitbit to return the device and get a refund.

The devices were sold from September 2017 through December 2021. The company stopped production of the smartwatches in 2020, the CPSC said

The regulator has asked consumers to stop using the device and said they would receive a refund, as well as a discount offer, from Fitbit on returning the product.