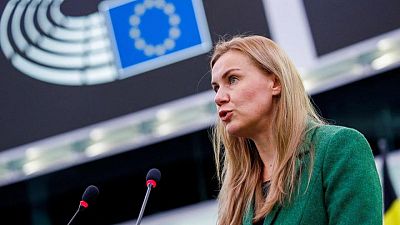 BRUSSELS – The European Union wants Ukraine’s electricity grid to be synchronised with the European network as soon as possible, the bloc’s energy policy chief said on Sunday, in a step that would make it more independent from Russia.

Ukraine has started testing its power grid in a step to link it to a European network and decouple from a grid linked to Russia, which invaded the country on Thursday.

The switch would mean Russia would no longer control technical aspects of Ukraine’s network such as grid frequency.

EU energy commissioner Kadri Simson said she would seek support from EU countries and the European Network of Transmission System Operators for Electricity (ENTSO-E) for an emergency connection with Ukraine.

“Hopefully the technical work towards synchronization with Continental Europe can continue unaffected by the Russian attack. I will ask from ENTSO-E & the Member States tomorrow for their support for the emergency synchronization as quickly as possible,” Simson said in a tweet on Sunday.

Europe and Ukraine have planned for years to synchronise their power grids, as Ukraine sought to decouple from a system linked to Belarus and other former Soviet States.

Ukraine, with a population of 41 million, is one of the largest energy consumers in Europe. About 55% of the country’s power production is provided by four nuclear power plants.

Energy ministers from EU countries will on Monday hold an emergency meeting to discuss the impact on energy markets of Russia’s invasion of Ukraine, including potential energy supply shocks.

The ministers will also discuss possible assistance to Ukraine’s energy sector, according to a document shared with countries ahead of the meeting, seen by Reuters.