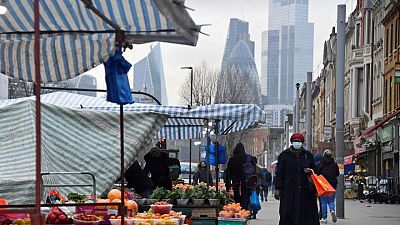 LONDON – British employers have offered the biggest increases in annual pay settlements since 2008 as inflation mounts but the raises are still lagging behind overall price growth, industry data showed on Wednesday.

The median pay award in the three months to the end of January rose to 3%, a strong increase from 2% in the last three months of 2021 and the greatest since December 2008, human resources data company XpertHR said.

By comparison, data due later on Wednesday is expected to show that inflation held at a 30-year high of 5.4% in January

“Against the advice of Andrew Bailey, the Governor of the Bank of England, employers have sought to protect employees from bearing the brunt of a cost-of-living crisis that is expected to last until 2023,” Sheila Attwood, pay and benefits editor at XpertHR, said.

Bailey said on Feb. 3, shortly after the BoE raised interest rates for the second time in two months, that workers should rein in pay demands or risk a wage-inflation spiral, drawing criticism from unions and a rebuff from Downing Street.

XpertHR said only 7% of employees saw their pay frozen compared with around one third a year earlier.

The data, covering 101 wage reviews affecting over 171,000 employees, did not include the public sector where reviews are concentrated in the middle of the year. Public sector pay has been rising more slowly than that for the private sector.

Annual pay awards measured by XpertHR do not include pay rises due to promotions and shifts in the structure of the workforce.

A survey published on Monday showed employers expected to raise staff pay this year by the most in at least nine years with the median increase also standing at 3%.

Official data published on Tuesday showed average weekly earnings across the economy rose by 4.3% in the last three months of 2021 compared with the same period of 2020, while basic pay excluding bonuses rose 3.7%.