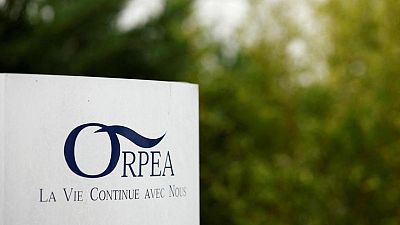 “I am fully aware of the concern, incomprehension and doubt felt by residents, patients and their families,” Chief Executive Philippe Charrier said in a statement on Tuesday.

Charrier replaced Yves Le Masne as Orpea’s CEO a week after the allegations were first published in “Les Fossoyeurs” (The Gravediggers), a book by journalist Victor Castanet.

Ahead of this, Orpea said that it decided to postpone any decision on Le Masne’s severance package until its own independent investigation had been concluded.

The group, which has hired two companies to conduct an independent investigation, has denied the book’s allegations.

Orpea’s stock has lost half its market value since extracts from the book were first published in late January.

Rival operator Korian has also seen its share price suffer, and a Paris lawyer said on Monday she was preparing a lawsuit against the company – which also denies wrongdoing.

Orpea, one of Europe’s biggest commercial care home operators, posted 2021 revenue up 9% year on year to 4.29 billion euros, in line with its guidance as vaccination campaigns helped shore up its occupancy rates.

“Despite the health context, clinics have seen a rapid recovery in activity following the end-of-year holidays,” it said in its earnings statement.