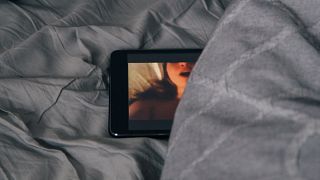 Sites could be fined up to 10 per cent of their annual global turnover if they do not comply. They could also be blocked in the UK and their owners held criminally liable.

In its statement announcing the plans, the UK government said it would not specify particular methods of age verification, but expected companies to "not process or store data that is irrelevant to the purpose of checking age".

"Parents deserve peace of mind that their children are protected online from seeing things no child should see," the UK's digital minister Chris Philp said.

Before Tuesday, the government's draft Online Safety bill left commercial pornography sites the option of arguing they should not be covered by the rules as under-18s did not make up a large portion of their users.

But, Open Rights Group's director questioned what the limit of the proposals would be.

"The proposal could force people to age verify before using Google search or reading Reddit. This appears to be a huge boon to age verification companies, for little practical benefit for child safety, and much harm to people’s privacy," Killock said.