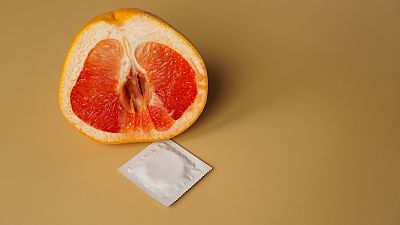 Subscription-only content platform OnlyFans announced on Thursday August 19 that it would ban "all sexually explicit content" from October 1. On Wednesday, the company suspended the decision after a backlash from users.

"When we heard the news, we didn’t think it could be true," Spanish OnlyFans creators Banana_Nomads told Euronews Next.

The vast majority of OnlyFans creators make adult content, which their subscribers pay anything from €4 to over €40 a month to access. That revenue is split, with the creators taking 80 per cent and OnlyFans the remaining 20.

The platform exploded in popularity during the COVID-19 pandemic, as many sex workers moved onto the site to continue working.

In 2020, the UK-based company reported sales of over €1.7 billion. OnlyFans now boasts more than 130 million users and some 2 million content creators. Almost 500,000 new users join the platform every day, according to figures seen by AFP.

When it was launched in the United Kingdom at the end of 2016, OnlyFans first targeted music fans, offering them the opportunity to follow their favourite artists as closely as possible.

This is reflected in the diverse range of creators the platform says it has featured. In the five years since it was founded, OnlyFans has paid out over €4.5 billion to creators including rapper Cardi B, DJ Khaled, actor Tyler Posey and professional boxer Floyd Mayweather.

But after it was taken over by Ukrainian-American businessman Leonid Radvinsky, already owner of the adult video streaming site MyFreeCams, in 2018, the platform began to attract producers of sexual content.

OnlyFans had said only "sexually explicit" content will be banned from October 1 but has since U-turned delaying its decision after a major backlash.

In a tweet on Wednesday, the company said: "OnlyFans stands for inclusion and we will continue to provide a home for all creators".

Initially, the site clarified its ban stating that creators will be able to continue posting images or videos featuring nudity, but only if they comply with the new site rules which have yet to be published.

These terms currently prohibit the promotion of violence or firearms, as well as extreme or criminal sexual content, such as bestiality or rape. Until now, consensual and legal pornography has been permitted.

But even that was too much for OnlyFans’ payment providers.

Likewise, OnlyFans founder Tim Stokely in an interview with the Financial Times newspaper on Tuesday placed the blame on the "unfair actions" of banks like Metro Bank and JP Morgan who are "aggressive in closing accounts of sex workers".

He added the platform had "no choice" but to enforce a ban.

"These changes are necessary to comply with the requests of our financial partners and online payment services," OnlyFans said.

"In order to ensure our long-term operation and to continue to host an inclusive community of creators and fans, we must change our rules".

The announcement also comes at a time when the company is looking to attract new investors who might be put off by the adult content it hosts.

As a result, the site intended to focus on creators in areas like beauty, fashion, fitness, and food It has also launched a mobile app, OFTV, that doesn’t feature any x-rated content.

What's next for OnlyFans creators?

Many creators are planning on turning to other platforms, in order to keep their adult content-making careers alive.

"We have private chat groups for creators and we all voted on which platform to move to and it seems like most people will go to Fansly. Hope they can cope with the massive influx of creators that there’s been in the last few days!"

But Fansly is not the only platform looking to cash in on OnlyFans’ shock decision.

"The beautiful thing about sex is, it will sell. And when people want to find a way to interact with their favourite content provider, they're going to find a way to transact," Jeffrey Dilleon, chief business development officer at competitor platform Nafty told Euronews Next.

Nafty claims its adult-oriented platforms could provide a safe haven for sex work online, as payments will be processed via its own cryptocurrency.

"Anybody's really subjected to what Visa and MasterCard did. It's not like OnlyFans woke up and had some moral epiphany that we should really get out of the sex business. No, they were forced to," Dilleon said.

"Anybody currently processing with credit cards is really subjected to this scrutiny and these rules they could come under at any time".

"We feel that content creators should be free to express it as they wish," Dilleon said.

Adult performers Banana_Nomads agree that sex will always sell. "For us, it’s just a change of platform - you can’t eliminate this industry, there’s too much money in it.

"Sex workers helped OnlyFans build a massive business and they kicked us out… we’ll kick back harder, but somewhere else".