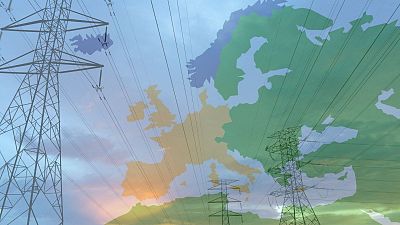 The cost of living in European countries is rising as inflation in the eurozone notched a new record high on Wednesday.

Consumer prices have jumped 5.1 per cent from January last year, up from 5 per cent in December and surpassing the estimates of analysts.

Energy is at the forefront of the rise, as prices soar across the continent and many households struggle to cope with the added cost. Prices rose by 28.6 per cent in January in the 19 eurozone countries.

The increases are being fueled by soaring fossil fuel prices and highlight European countries’ dependence on them.

The European commission said in a statement this week that the situation “shows that the energy transition should take place sooner rather than later, increasing the EU’s autonomy and reducing its dependence on imported fossil fuels from international suppliers”.

European governments are being urged to step in and many have already started rolling out new measures to try and address the increasing cost of living for their citizens.

So, with the countries of Europe facing the same problem, how are they each responding to it?

The German government said it plans to scrap a surcharge on electricity bills used to support renewable power.

This would see a cut to the green surcharge that appears on home energy bills from 6.5 cents per kilowatt-hour to 3.7 cents.

The government is also putting €130 million in subsidies in place for lower income households. Eligible households of one person would receive €135, a two person household would receive €175 and there would be €35 per additional person after that.

However, with some of the highest energy prices in Europe before the recent rise, consumer advocates have criticised the move as not doing enough. The Federal Association of Consumers (FZVB) is calling for a subsidy of at least €500 per household.

Spain cut several taxes to try to reduce consumer bills, originally planning to maintain the lower rates until the end of the year, before deciding in December to keep them lower until May 2022.

The government also aims to raise €2.6 billion through a tax on the increased profits energy companies are set to enjoy from the soaring prices.

With the French presidential election looming in April, a cost of living crisis is the last thing Emmanuel Macron wants as he maps out his route to a second term, and his government acted quickly to address the situation.

The state energy giant EDF was forced to take an €8.4 billion hit and limit energy bill hikes to 4 per cent this year in a bid to protect households from the soaring costs.

The utility has also been ordered to sell more nuclear power to rivals at below the current market price. It runs 56 nuclear reactors which generate over 70 per cent of the country’s electricity.

In addition, 5.8 million lower-income households received a €100 chèque énergie, or energy cheque, last month to help them with their bills.

Italy was contending with high energy prices even before the recent rises.

In an effort to stop prices for consumers spiralling, the Italian government has spent more than €8 billion since July to curb hikes in retail energy bills.

This has included tax cuts on gas and reducing charges used to help finance renewable energy. There have also been additional grants for low income households.

Over a quarter of Bulgarians struggle to heat their homes due to a combination of poor insulation, cold winters and high levels of poverty. This problem has been exacerbated by the recent rise in energy prices.

In response, the Bulgarian government has frozen regulated electricity and heating prices until the end of March.

However, only 10 per cent of Bulgarians had a positive view of the measures being taken by the government to support businesses and households, according to a poll for the public broadcaster Bulgarian National Television.

The British government announced on Thursday that millions of households will receive energy bill discounts totalling £350 (€416) to combat the impacts of the rise in energy prices.

An expansion of the Warm Homes Discount scheme, a one-off discount on a household’s electricity bill, was also announced so that three million people could benefit from the scheme, compared to one million people currently.

It comes as energy bills in the country are set to rise by 54 per cent a year for millions.

The UK government has been criticised for its slow response with measures only being announced this week, despite months of higher energy bills.

Greece has announced a 2 per cent increase in the minimum wage and will cut property tax rates by a further 13 per cent to help households struggling with rising inflation and higher energy costs, prime minister Kyriakos Mitsotakis has said.

The Irish government has planned a €113 energy rebate to every household.

This week, the Tánaiste (Ireland’s deputy prime minister) Leo Varadkar said that government leaders are working on a package of measures to address the rising costs of living, but he did not give any specifics.

Opposition party Sinn Féin criticised the government's inaction over the last few months and called for targeted measures to help low income families who have been hardest hit by rising prices.