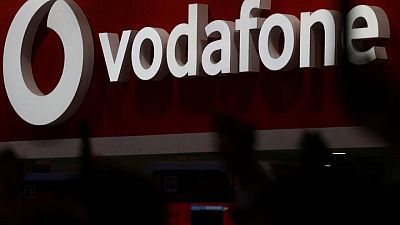 MALAGA, Spain -Vodafone has teamed up with Intel Corp and other silicon vendors to design its own chip architecture for nascent OpenRAN network technology, aiming to weaken the grip of traditional telecoms equipment suppliers.

OpenRAN allows operators to mix and match suppliers in their radio networks, posing a challenge to the likes of Ericsson, Huawei and Nokia that dominate the global telecoms equipment market with their proprietary technologies.

Development of OpenRAN has taken on greater prominence since some governments either banned or discouraged the use of China’s Huawei in national networks.

Vodafone’s initiative, based at its digital innovation and R&D centre in Malaga, will also contribute to the European Union’s efforts to bolster its chip industry and double its share of global production to 20% after it lost ground to Asian and U.S. suppliers.

“It will bring disruptive innovation back to the network,” he said.

OpenRAN creates interoperability between the software and hardware components of the radio access network, widening the pool of suppliers and lowering the barrier of entry.

The R&D centre – the first dedicated to advancing OpenRAN chip architecture – will bring 50 people dedicated to OpenRAN together with 650 software engineers, architects and technicians in the Spanish city, where the British company is investing 225 million euros ($251 million) over five years. It opens on Monday.

Tenorio said Vodafone would design silicon for ARM and RISC-V instruction sets as well as Intel x86, although he added that Intel was up to three years ahead of rivals and had already played a key role in OpenRAN’s development.

About 20 other vendors have joined the project, including Qualcomm, Broadcom, ARM and Lime Microsystems, with half of the total coming from Europe, the company said.