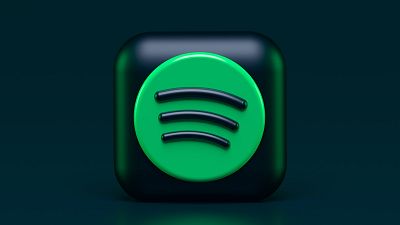 Spotify published its policies on COVID misinformation and a set of general rules for the platform on Sunday   -   Copyright  Alexander Shatov / Unsplash
By Tom Bateman  with AP  •  Updated: 05/02/2022

Spotify will add content warnings to podcasts that discuss COVID-19 after criticism and boycotts over the spread of misinformation on the streaming service.

On Sunday, chief executive Daniel Ek said Spotify had not "been transparent" about the rules governing content on the platform, and announced that its "long-standing" platform rules and COVID-19 content policy would be made public.

"They can have Rogan or Young. Not both," Young said. They chose Joe Rogan, whose podcast Spotify reportedly paid $100 million (€89.6 million) for the exclusive rights to in 2020.

On Monday, Rogan responded to the controversy. In a 10-minute video posted on Instagram, the former mixed martial arts fighting commentator defended his podcast against accusations of spreading misinformation.

What are Spotify's rules?

Spotify's newly-published policy reveals the lines podcasters must cross to risk being removed from the platform.

Key to the COVID-19 debate is a section governing "content that promotes dangerous false or dangerous deceptive medical information that may cause offline harm or poses a direct threat to public health".

According to the document published on Sunday, Spotify prohibits content containing claims that "AIDS, COVID-19, cancer or other serious life threatening diseases are a hoax," content that encourages "the consumption of bleach products to cure various illnesses and diseases" and that suggests vaccines are "designed to cause death".

According to another version of Spotify's content policy seen by The Verge, a document shared inside the company included "suggesting that wearing a mask will cause the wearer imminent, life-threatening physical harm," as an example of banned content, although this is now missing from the version made public on Sunday.

Content makers who break the rules could see the offending material removed from Spotify, the platform's policy states, with repeat or "egregious" offenders risking a ban from the streaming service altogether.

While the company's policy threatens censure for spreading "dangerous false or dangerous deceptive" information, in his blog announcing the update, CEO Ek suggested that he did not want Spotify to ban content.

"We know we have a critical role to play in supporting creator expression while balancing it with the safety of our users. In that role, it is important to me that we don’t take on the position of being content censor while also making sure that there are rules in place and consequences for those who violate them," he wrote.

The Joe Rogan experience has frequently been a source of controversy throughout the pandemic.

On New Year's Eve, Rogan's podcast featured an interview with Robert Malone, an infectious disease specialist who has been banned from Twitter for spreading misinformation and has become a hero in the anti-vaxx community.

Rogan has also suggested that the antiparasitic drug Ivermectin is an effective COVID-19 treatment, contrary to medical advice.

"This doctor was saying Ivermectin is 99 per cent effective in treating COVID, but you don’t hear about it because you can’t fund vaccines when it’s an effective treatment," he said during an April 2021 episode of the podcast.

"I don’t know if this guy is right or wrong. I’m just asking questions," Rogan added.

“We encourage all musicians, artists and music lovers everywhere to stand with us and cut ties with Spotify," wrote Lofgren in a statement.

In January, Spotify was the subject of an open letter from hundreds of scientists, professors and public health experts, who called on the company to publish its misinformation policies in the wake of Rogan's December 31 interview with Malone.

"Mass-misinformation events of this scale have extraordinarily dangerous ramifications. As scientists, we face backlash and resistance as the public grows to distrust our research and expertise," the letter read.

"This is not only a scientific or medical concern; it is a sociological issue of devastating proportions and Spotify is responsible for allowing this activity to thrive on its platform," it added.