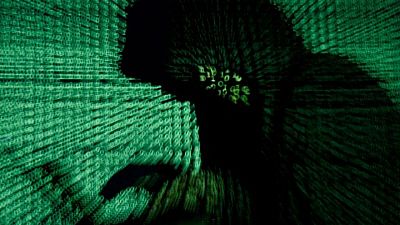 WARSAW – A Polish opposition senator who believes his phone was hacked using sophisticated spyware developed by the Israel-based NSO Group has accused prosecutors of failing to act on the case, viewing it as a “hot potato” to be passed between offices.

The Associated Press (AP) reported this month that researchers at the University of Toronto had found that senator Krzysztof Brejza was hacked in 2019 using Pegasus software, during an election in which he was running the campaign of the largest opposition party.

AP also reported that the Citizen Lab project at the University of Toronto found Ewa Wrzosek, a prosecutor critical of the government’s judicial reforms, and Roman Giertych, a lawyer who has represented opposition figures, had had their phones hacked.

All three say that Poland’s ruling nationalists Law and Justice (PiS) party was responsible for the hacking.

He has previously said that any suggestion that Polish services were engaged in domestic political battles was false.

A PiS spokeswoman declined to comment further. “The security services have commented on this topic,” she said.

“The prosecutor’s office is doing nothing, it is paralysed,” Brejza told Reuters by telephone, adding that he and his wife had notified prosecutors about possible phone hacking in September.

He said the complaint had been passed between prosecutors’ offices around the country without any effect.

The National Prosecutors’ Office and prosecutor’s office in Ostrow Wielkopolski, which is currently dealing with Brejza’s case, did not immediately respond to Reuters’ requests for comments.

Government critics say that the prosecutors’ office has been politicised. Justice Minister Zbigniew Ziobro, the architect of judicial reforms that the European Union says undermine the independence of courts, also serves as prosecutor general.

The NSO Group says it makes technology for use by governments and law enforcement agencies to combat crime and terrorism, and has safeguards in place to prevent misuse.

Digital rights researchers say Pegasus has been used to spy on civil society in several countries.