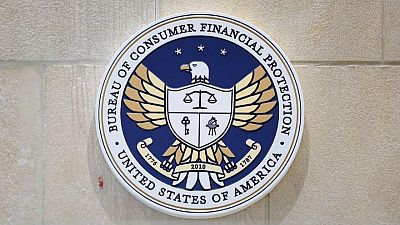 The Oakland, California-based lender, which offers funding to online consumers who traditionally have been overlooked by banks because they are considered too risky, agreed to the order, the CFPB said.

“We are shuttering the lending operations of this fintech for repeatedly lying and illegally cheating its customers,” said CFPB Director Rohit Chopra.

LendUp, which had attracted attention from prominent Silicon Valley investors, expects to complete a wind-down of its operations in early 2022, a spokesman told Reuters.

Tuesday’s order comes after a September 2021 CFPB lawsuit alleging that LendUp continued to violate a 2016 order stemming from similar charges.

LendUp deceived consumers about the benefits of repeat borrowing; violated the CFPB‘s 2016 order; and failed to provide timely and accurate adverse-action notices to clients as required by fair lending laws, the agency added.

In 2017, PayPal Inc invested in LendUp as part of its efforts to gain an edge on rivals in the highly competitive digital payments market.

The agency said that Alphabet Inc’s GV, formerly known as Google Ventures, as well as other California-based venture capital giants, Andreessen Horwitz and Kleiner Perkins, had a stake in LendUp.

The CFPB was created in the wake of the 2007-09 global financial crisis to crack down on predatory lenders. Progressives and advocates have long criticized short-term lenders for saddling borrowers with annualized interest rates that often reach several hundred percent.

Chopra, tapped by Democratic President Joe Biden to help address inequities in lending, has said his ambitious agenda includes sharpening the agency’s enforcement focus on companies that repeatedly violate consumer finance laws, with a particular focus on fintech and other technology companies. (This story corrects date of LendUp wind-down from 2020 to 2022)