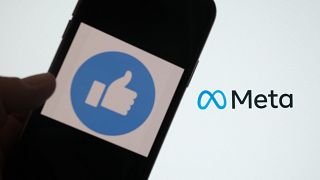 An early tester of Meta’s Horizon Worlds has said their avatar was groped by a stranger in the virtual world.

Meta opened access to its virtual reality (VR) platform Horizon Worlds for users in the United States and Canada on December 9 after more than a year in private test mode.

It is the first attempt at releasing a product since Facebook rebranded itself as Meta in October and is in line with CEO Mark Zuckerberg’s vision of the “metaverse,” a VR world where you can meet others in avatar form.

“Sexual harassment is no joke on the regular internet, but being in VR adds another layer that makes the event more intense,” the tester posted in the official Horizon Worlds group on Facebook earlier this month, as quoted by The Verge.

“Not only was I groped last night, but there were other people there who supported this behaviour which made me feel isolated.”

How did Meta react?

Euronews Next has reached out to Meta for comment but has yet to receive a reply.

In an interview with The Verge, Vivek Sharma, Meta’s Vice President of Horizon, told the publication the incident was “absolutely unfortunate”.

He said that after Meta reviewed the incident, the company determined that the beta tester did not use the safety features built into Horizon Worlds, which include the ability to block someone from interacting with you.

How does Horizon Worlds work?

The app, available to those 18 and older, allows users to build their own worlds and mini-games. It is similar to Roblox and the OASIS VR world from Ready Player One.

Users can create a legless VR avatar in the same style as its workplace meeting system Horizon Workrooms and interact with other avatars.

It also allows you to hang out with 20 people at a time in the virtual space and is free for players who use Meta’s Oculus Quest 2 headset.