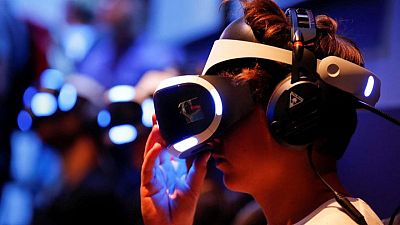 NEWYORK – Solana Ventures, a unit of technology company Solana Labs, on Tuesday announced the launch of a $150 million investment initiative focused on blockchain gaming, in collaboration with Forte and Griffin Gaming Partners, two major players in the sector.

Forte builds technology for blockchain-based gaming applications, while Griffin is a venture capital firm investing in the global gaming market.

“The ecosystem is still defining what the intersection of blockchain and gaming looks like,” said Matthew Beck, partner at Solana Ventures, which funds projects for the Solana blockchain.

The global gaming market was valued at $173.7 billion in 2020, and is expected to hit $314.40 billion by 2026, a report from ResearchAndMarkets.com showed. The growth is partly attributable to the global lockdowns during the pandemic as people stayed home and turned to gaming platforms to pass the time.

In blockchain-enabled games, players around the world can own goods, freely trade goods and services with each other, and participate in community economies that reward creativity, collaboration and skill.

Some blockchain games allow players to be rewarded with cryptocurrencies for playing, market participants said.

“Where game developers once had to continuously create new content for players to consume as one-time purchases, with the advent of NFTs (non-fungible tokens) and other blockchain technologies, game developers can now offer … real property rights and create self-sustaining and thriving economies within their games,” said Forte cofounder and Chief Executive Officer Josh Williams.

NFTs are unique digital assets that cannot be replaced.

“Blockchain gaming is really at the early stage right now. A lot of tooling and infrastructure are still being spun up,” said Austin Federa, head of communications at Solana Labs, one of the core developers in the Solana blockchain.

Griffin, meanwhile, has invested more than $400 million in gaming and Web 3.0 gaming-related companies over the past two years. Nick Tuosto, Griffin cofounder, said the company will continue to partner with Forte and Solana to help move the blockchain gaming ecosystem forward.