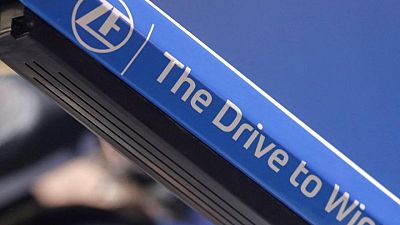 – Germany’s ZF Friedrichshafen, one of the world’s largest suppliers of auto parts, has acquired a 5% stake in Silicon Valley mobility software startup Apex.AI in a fundraising round led by investment firm Orillion.

Jan Becker, chief executive and co-founder of Apex.AI, said customers were using its software on a variety of projects, from advanced driver assistance systems to automated trucking. He said the new funding would be used to expand into related businesses such as farming, mining and industrial automation.

Investors interested in autonomous driving are increasingly looking beyond robotaxis to ventures working on self-driving technology for trucks and other kinds of logistics vehicles that operate in less complex environments than bustling cities.

Apex.AI, which is headquartered in Palo Alto, California and now has three offices across Germany in Berlin, Munich and Stuttgart, has raised $74 million since being founded in 2017.

Becker spent 14 years at rival German autoparts maker Bosch, many of them in Silicon Valley, developing the technologies that underpin self-driving cars.

The company’s latest product, called Apex.OS, is a software platform that enables customers to integrate the development of electric, connected and autonomous vehicles. Toyota and Continental both already use Apex.OS.

ZF said it would develop “middleware” that will work with Apex.OS to connect a vehicle computer’s operating system and its software applications.