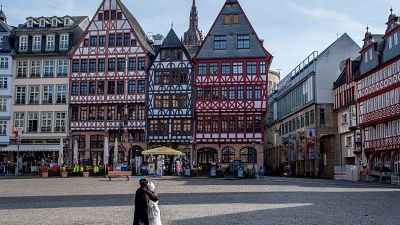 How should governments have responded to the outbreak of the coronavirus pandemic in Europe, when at the time so little was known?

That’s the question researchers have posed in a study on the response from three European governments to the first and second waves of COVID-19.

The UK, Germany and Sweden all responded differently to the pandemic, but the responses all led to a similar loss of public trust.

According to researchers, who wanted to get insights on how we could prepare better for future pandemics, all three governments struggled to manage the public health crisis well.

The study, published in the open access journal BMJ Global Health, looked at differences in government structures, the role of academics and scientists in the responses, and public health communication.

How the countries reacted

The first cases of COVID-19 were detected in the three countries in January 2020, but a serious response to the outbreak only began when community transmission was confirmed in early March.

At this point, Sweden, unlike its Nordic neighbours, allowed things to carry on pretty much as usual, with only minor measures in place.

By the summer, when restrictions were reduced in the UK and Germany, cases per 100,000 in both those countries were very low, while in Sweden cases had never gone below 25 per 100,000 of the population.

Schools in all three countries reopened in autumn 2020 for the new school year. As pupils returned, the UK started to see case numbers rise again, signaling the second wave. Germany and Sweden started to see rising numbers around 10 days later.

The second wave in Germany was met with a "circuit breaker" closure of cafes and restaurants and culture, followed by the closure of non-essential shops, and the order for home-schooling by mid-December.

Sweden meanwhile was surprised by rising cases in October.

The UK met the second wave with softer measures at first, then relaxing at the start of December, before implementing a new lockdown amid the spread of variant strains.

What accounts for the different approaches?

The differences in each country’s approach to the pandemic can be attributed in part to pre-existing governing structures, the role of academia, and experience in crisis management, the researchers said.

A media structure which is prepared to communicate science and facilitate debate seems to support resilience. Cross-country learning should trump nationalism.

In Germany there was heavy academic involvement and societal debate, but it didn’t have enough population-based data on which to make decisions. The study found the country’s news media reflected the evolving science and the difficulty of using that science to make decisions.

Unlike in the other two countries, the uncertainty was explicitly communicated in Germany. While this appeared to be appreciated during the first wave, during the second wave the government faced heavy criticism as a result of the changing messages.

Sweden’s response relied heavily on handing over control to the Public Health Agency. This meant a lack of public engagement and debate with different perspective on how to react.

Researchers say while this resulted in less loss of public trust than in the UK and Germany, it remains to be seen what the longer-term impact of this delegation of responsibility will have.

The UK included academia and scientists heavily in formulating the response, and forcing the government to review its strategies. As a result, the public was hammered with rapidly changing public health communication.

"Our hypothesis generating analysis suggests that crisis preparedness and resilience framing will need to encompass those governance structures beyond health that enable (i) strong and legitimate leadership, facilitating decentralised action; and (ii) trusted links to science and advisory bodies," the study's researchers concluded.

"A media structure which is prepared to communicate science and facilitate debate seems to support resilience. Cross-country learning should trump nationalism".