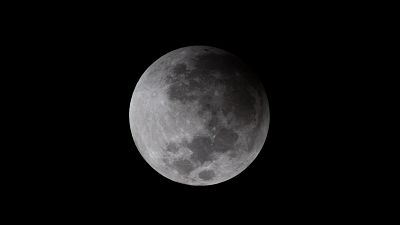 Putting a nuclear reactor on the Moon might sound like a plot line from a 1960s Cold War thriller, but one day it might be the only way to keep the astronauts living there alive.

NASA has put out a request for proposals for a "fission surface power system" as part of its Artemis programme to put people back on the Moon, and eventually Mars.

Under the US space agency’s plans, astronauts will eventually spend up to two months at a time living on the Moon, which will become a jumping-off point for missions further into the solar system.

The problem is one lunar night can last up to 14 days, making solar power an unreliable source of energy for a bustling Moon base.

"Fission surface power – in conjunction with solar cells, batteries, and fuel cells – can provide the power to operate rovers, conduct experiments, and use the Moon’s resources to produce water, propellant, and other supplies for life support," NASA said.

What is NASA looking for?

NASA's call for proposals offers some clues as to what a fission reactor on the Moon could be like.

Firstly, it will have to be much smaller than the conventional nuclear reactors used to generate electricity on Earth.

To get to the Moon, the reactor needs to fit inside a cylindrical container four metres wide and six metres long, and cannot weigh more than 6,000 kg.

If it survives the launch and landing, the reactor must be transportable, so that it can be taken from its landing site to be used elsewhere on the Moon, where it will produce at least 40 kilowatts of continuous power for up to ten years.

On top of all that, NASA's requirements state that the reactor must be fully autonomous. It "cannot rely on any external power or robotic support, nor astronaut involvement for system startup, shutdown, operation, or maintenance," NASA's tendering documents said.

Companies based in the United States have until February 19 next year to submit their plans, NASA said.

"I expect fission surface power systems to greatly benefit our plans for power architectures for the Moon and Mars and even drive innovation for uses here on Earth".

The plans to put nuclear fission to work in space won't stop at the Moon, NASA said.

Earlier this year, the space agency and US Department of Energy announced they were seeking proposals for a nuclear thermal propulsion system that could power future missions to Mars.

The technology presents some serious obstacles: the reactor driving a nuclear propulsion system would run at temperatures in excess of 2,500 C, meaning any surrounding materials would need to survive the extreme heat generated.

In September, British aerospace company Rolls-Royce revealed it was working on plans for a nuclear-powered "Moon mining" operation.

The engineering firm, which has experience designing reactors for the UK's fleet of nuclear submarines, said that companies like Blue Origin and SpaceX had pushed the boundary of what was possible to achieve in space.

"There's a huge shortage of rare earth metals. We know they exist on other planets because they all formed from the same thing. This genuinely isn't rocket science. So mining asteroids, the Moon and Mars will happen, hopefully, in my lifetime," Dave Gordon, head of Rolls-Royce's defence division, told the Mail on Sunday newspaper.

Germany shuts down three of its six nuclear power plants