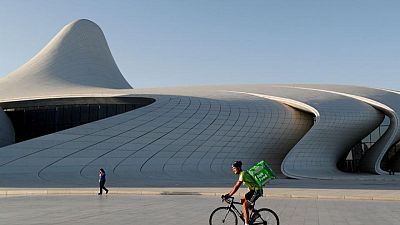 By Supantha Mukherjee and Catarina Demony

STOCKHOLM/LISBON – Bolt, a rival of Uber’s ride-sharing and food delivery business, plans to focus on Europe and Africa for now, Chief Executive Markus Villig said in an interview, brushing aside the prospect of any possible expansion in the United States.

The Estonian startup, which also offers car sharing and electric scooter rental, operates in 300 cities across 45 countries, has more than 75 million customers and is valued at $6 billion.

“There’s been a fundamental shift in how investors and tech companies see the world,” Villig, Bolt’s 27-year-old co-founder, said. “It’s very clear that you can build a huge company, hundreds of billions of valuation, without ever going to the U.S.”

Bolt’s narrower focus compared with Uber, which is present in 70 countries, is similar to that of ride-hailing firm Lyft, which has been present in only Canada and the United States.

Africa has been one of its main targets for expansion as a lack of transport infrastructure and a growing population make it a lucrative market for car sharing. Its potential has also attracted other tech companies https://www.reuters.com/world/africa/music-streamers-turn-telcos-make-africa-pay-2021-10-12.

“The growth opportunity for us as a company is much bigger (in Africa) than what it would be in a developed country where everybody has cars and public transport is available,” Villig said.

Bolt might seek partnerships in future that could allow a user to order using the Bolt app in countries where it does not operate, Villig said, without providing further details.

While Uber is the biggest rival for ride-hailing, in food delivery, Bolt faces competitors including Just Eat, Takeaway.com and on Tuesday DoorDash https://www.reuters.com/technology/doordash-buy-finland-food-delivery-startup-over-8-billion-deal-2021-11-09 entered Europe via a $8 billion purchase of Wolt.

Bolt, which got into food delivery in 2019, said it plans to invest more to add a bigger selection of restaurants and make its service more affordable.

In some of the countries Bolt is fully sustainable and can reinvest those cash flows into expansion, Villig said. “But this is a capital intensive sector, so it’s likely we are going to raise more funding in the future.”

Bolt raised 600 million euros ($693.84 million) in August from investors such as Sequoia and G Squared.