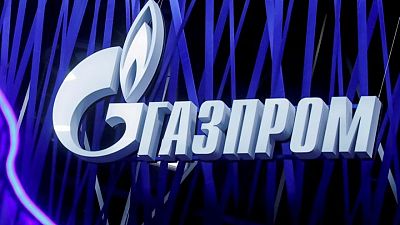 AMSTERDAM -Russia’s Gazprom is committed to meeting European gas demand and is keen on reaching a balanced, predictable market, the company’s export chief said on Wednesday.

Speaking in a recorded message played at the Flame Gas and LNG conference in Amsterdam, Elena Burmistrova said that unlike spot and short-term contracts, the oil-linked, long-term contracts with take-or-pay conditions are the ones that can achieve balance and predictability.

Russia provides a third of Europe’s gas and its supply intentions are critical at a time when spot prices across the continent have surged, hitting households and businesses.

Russia has said it is meeting its contractual obligations in full, but the International Energy Agency and some European politicians have suggested Moscow can do more. Moscow denies using gas as a political weapon.

“I will say again – we are not interested either in record low, or in record high gas prices. The latter leads to gas demand degradation in Europe, which is clearly against our interests as a gas producer and supplier,” Burmistrova said.

“We want to see a balanced and predictable market, where we and our customers can successfully develop our business.”

Burmistrova said that from January to mid-October, supplies to European partners increased by more than 15 billion cubic meters or 13%.

Gazprom’s long-term business strategy is based on the assessments of effective prospective demand in Russia and key export markets, therefore it is not easy for the company to support a shift to hub-indexation and short-term trade models, she said.

“We have always stood for long-term contracts with take-or-pay conditions, and will continue to do so. Our industry is capital-intensive and has a long investment cycle, and only such long-term contracts can provide confidence … (and) make the market balanced and predictable, therefore profitable for investors.”

Russia sends gas to western Europe by several different routes, including through Belarus and Poland using the Yamal-Europe pipeline, which has an annual capacity of up to 33 billion cubic metres.

Yamal-Europe, which normally sends gas westwards across Poland to Germany, remained stuck in reverse on Wednesday after requests to transport gas westwards through it into Germany were abruptly withdrawn, data on the website of its German operator showed.