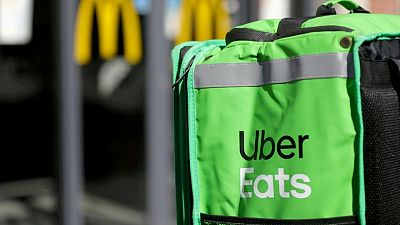 Earlier this year, the French retailer agreed to take a minority stake in the newly founded start-up Cajoo, which operates “dark stores” across the country.

Established retailers and food deliverers face intense competition from a crop of newer, well-funded start-ups running networks of “dark stores” that can dispatch groceries ordered on a smartphone app to the doorstep within minutes.

“Over the past 18 months people have increasingly come to expect quick and reliable delivery … in Europe alone we’ve seen a triple-digit increase in demand for grocery delivery,” Eve Henrikson, Regional General Manager, Uber Delivery EMEA, said in a statement.

Both companies have also separately struck deals to speed up delivery with other market players like Britain’s Deliveroo and France’s supermarket chain Casino.

Uber and Carrefour plan to expand the 15-minute service to other major French cities such as Lyon, Bordeaux, Toulouse, Lille and Montpellier in coming weeks, they said.