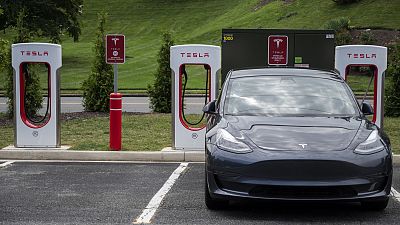 A jury has ordered electric car company Tesla to pay nearly $137 million (€118 million) in damages to a Black former employee after it was found to have turned a blind eye to the racism the man suffered while working at its California factory.

Hired through a recruitment agency, Owen Diaz worked as a freight elevator operator between June 2015 and July 2016 at the electric vehicle manufacturer's Fremont plant in the San Francisco Bay area.

There, he suffered racist slurs, including the "n-word" and a hostile work environment, according to court documents.

"Tesla's progressive image was a facade hiding the retrograde and demeaning treatment of its African-American employees," according to the complaint.

Diaz alleged that employees drew swastikas and left racist graffiti and drawings around the plant. Despite complaints to bosses, the plaintiff claimed that Tesla did not react to put an end to this abuse.

It’s a great thing when one of the richest corporations in America has to have a reckoning of the abhorrent conditions at its factory for Black people.

"It took four long years to get to this point," Diaz told the New York Times newspaper. "It’s like a big weight has been pulled off my shoulders".

"It’s a great thing when one of the richest corporations in America has to have a reckoning of the abhorrent conditions at its factory for Black people," Lawrence Organ, of the California Civil Rights Law Group, told the New York Times.

'Not the Tesla of today'

Tesla’s vice president of human resources, Valerie Capers Workman, admitted that the mood was "not perfect" at the Fremont plant, where other employees testified to having "regularly heard racist insults", including the "n-word".

According to her, these employees said that "most of the time they thought that this language was used in a 'friendly' way and in general by African-American colleagues".

It wasn’t immediately clear on Monday evening whether Tesla would appeal the decision.

In an open note to employees, Capers Workman emphasised that the Tesla of 2015 and 2016 (when Diaz worked in the Fremont factory) "is not the same as the Tesla of today".

Since then, an Employee Relations team has been created to investigate employee complaints, as well as a Diversity, Equity, and Inclusion team "dedicated to ensuring that employees have the equal opportunity to excel at Tesla".