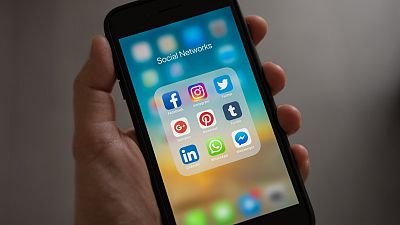 Facebook, Instagram, WhatsApp, and Messenger are back online, after the platforms suffered a massive global outage on Monday, affecting tens of millions of users around the world.

The Facebook-owned platforms all crashed early on Monday evening, blocking users from accessing their services.

WhatsApp users on both iPhone and Android could not make or receive phone or video calls or send text messages.

Facebook said late on Monday that “the root cause of this outage was a faulty configuration change” and that there is “no evidence that user data was compromised as a result” of the outage.

The site, which provides real-time status reports for a range of online platforms and services, 73,804 problems with WhatsApp had been recorded in the UK alone in a spike at 5:53 pm CET.

Many Facebook users were shown messages including "This site is inaccessible" and "Impossible to find the server address".

According to Downdector, 57,690 reports of issues were recorded around the same time in the UK, of which the vast majority (around 63 per cent) were related to access to the website and a further 25 per cent to the app.

People who use their Facebook credentials to access third-party apps, including Pokemon Go and Match Masters, were also hit by the company being offline.

The last major internet outage, which crippled many of the world's leading websites, including Euronews and other media outlets, was in June and lasted an hour.

What was the likely cause?

Doug Madory, director of internet analysis for Kentik Inc, told the Associated Press that he believes the outage was caused by Facebook withdrawing "authoritative DNS routes" that let the rest of the Internet communicate with its properties.

Such routes are part of the Internet’s Domain Name System, a central component of the internet that directs its traffic. Without Facebook broadcasting its routes on the public Internet, apps and web addresses simply could not locate it.

Jake Williams, chief technical officer of the cybersecurity firm BreachQuest, said that while foul play cannot be completely ruled out, chances were good that the outage is "an operational issue" caused by human error.

Facebook, which has nearly 3 billion monthly users worldwide, is going through one of its worst reputation crises in a fortnight due to revelations by a whistleblower.

Frances Haugen, a former Facebook product engineer, leaked numerous internal documents in the past week, including to the Wall Street Journal.

She further accused the company of "(choosing) profit over the safety" of its users, in an interview broadcast by CBS on Sunday.

On Wall Street, Facebook's share price, already down at the beginning of the session, accelerated its losses on Monday and fell by nearly 6 per cent, shedding more than $50 billion (€43 billion) in value.

Watch the full interview with Euronews anchor Tokunbo Salako in the player above.

COVID pill 'cuts risk of death or hospitalisation by half,' says Merck